New York's Trustbridge Global Media (TGM) has hired the veteran kids exec away from Boat Rocker to lead an "aggressive" expansion into the kids and family biz. 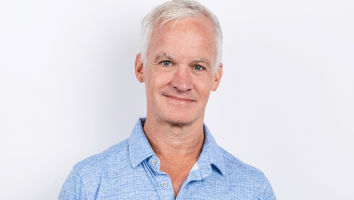 Run by Shanghai-based parentco and private equity firm Trustbridge Partners, TGM was founded in 2016 and manages approximately US$8 billion in investment capital.

Starting immediately and reporting to TGM managing director John String, Higgins will serve as president of the still-unnamed company, running day-to-day operations including sourcing, developing and producing kids and family content based on bestselling book titles from TGM’s publishing businesses.

The company is “aggressively expanding” its kids and family content business and looking for talented storytellers and creators to fill out its team, said String in a release.

During his four years at Boat Rocker, Higgins oversaw creative direction and was instrumental in developing new projects for linear networks and streamers. He shepherded many successful series through production, including A Tale Dark & Grimm for Netflix, Amber Brown for Apple TV+ and preschool toon Dino Ranch for Disney Junior.

TGM has been working towards developing kids and family programming since its launch six years ago. It started off acquiring several children’s publishers, including Massachusetts-based Candlewick Press, New York’s Holiday House and, most recently, Walker Books in the UK.