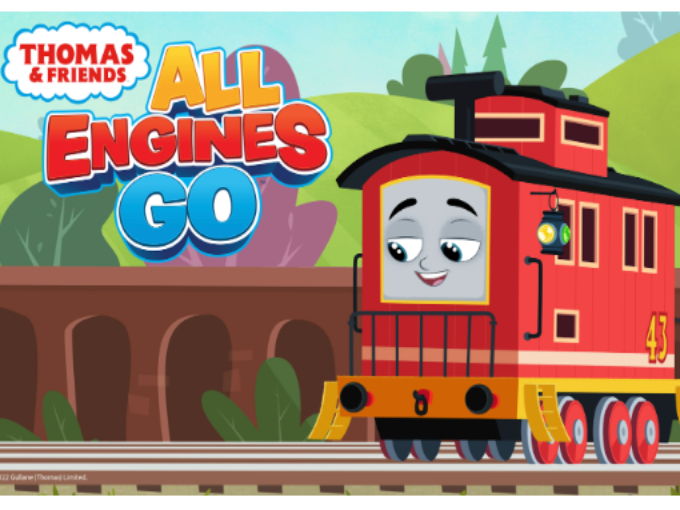 Bruno, a brake car with autism, joins the Mattel spinoff series in its second season and will also be featured in ancillary streams like books and podcasts.

Mattel is adding a new character with autism to its Thomas & Friends cast for the first time, in an effort to make the brand more inclusive as it drives into a new season this fall.

Bruno, a “joyful, pun-making brake car,” will make his debut in season two of Thomas & Friends: All Engines Go, which airs in the Cartoonito block on Cartoon Network. The new character, who enjoys schedules and routine, can hold large, heavy loads steady with his strong brakes. He has ladders and a flashlight on his bright red exterior that indicate his emotional state, moving when he is excited or cautious.

Co-produced by Mattel and Nelvana in Toronto, the CG-animated show is a reboot of the original Thomas & Friends series and features new adventures for the talking trains of Sodor. Season two premiered in September 2021 on Cartoonito.

“Thomas & Friends has connected with kids for generations, and we know that the autism community is a big part of the franchise’s following,” says Mattel’s director of preschool content Monica Dennis.

“With Bruno, we hope to show children with autism and without autism that all kinds of thinkers are admired.”

The toyco will continue integrating Bruno into all facets of the preschool franchise, which spans a long list of categories and generated US$1 billion in retail sales in 2016. To start, Bruno will appear in the Thomas & Friends Story Time Collection book series, the Thomas & Friends Storytime podcast and a 60-minute special called Mystery of Lookout Mountain. Mattel also plans to release new consumer products based on the character later this year, and a new music album is in the works as well.

Mattel Television developed the character in collaboration with the Autistic Self Advocacy Network (ASAN) and Easterseals Southern California, along with a steering committee of other writers and stakeholders with autism.

In the past, the 75-year-old Thomas brand has been criticized for a lack of diversity. But since acquiring the IP in 2012, Mattel has introduced more characters that represent diverse backgrounds, and series locations are much more international now with authentic cultures and guest characters.