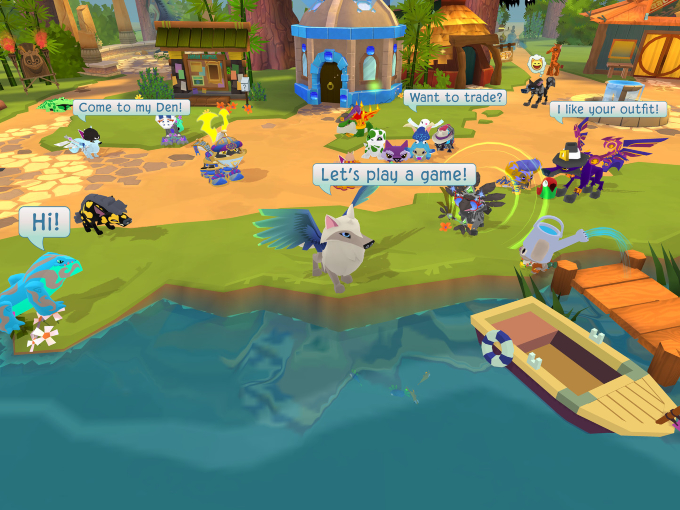 The Indian company has spent US$10.4 million to acquire the app maker behind Animal Jam, giving it an edge in the kids mobile gaming market and access to a new demo of eight-to-12s.

Nazara acquired WildWorks for US$10.4 million, a spokesperson confirmed to Kidscreen. WildWorks kids apps include Animal Jam, AJ Classic and Tag With Ryan, which it made with California-based prodco pocket.watch.

Nazara plans to invest in the Utah app maker’s flagship title Animal Jam (pictured), a mobile game where kids explore a jungle world and discover facts about animals, by adding more content and expanding its brand presence. The Animal Jam brand was expanded into consumer products in 2017, and includes playsets, figures and apparel.

WildWorks’ CEO Clark Stacey and COO Jeff Armis will remain in their positions under the terms of the deal.

In a release, Nazara pointed to WildWorks’ experience with licensed products, such as Tag With Ryan, and its audience of 150 million players across its apps as key factors in the acquisition. In 2021, WildWorks total revenue was US$13.8 million and the company predicts it will make US$11.5 million in total revenue for 2022.

Wildworks gives Nazara entry into the eight to 12 segment; the Indian company has had success with preschool and bridge audiences (two to seven-year-olds) through its Kiddopia early learning app, which teaches math, science and problem solving.

The mobile gaming market is crowded and competitive, and faces the challenge of overcoming parental concerns about screen time, said Nitish Mittersain, founder and MD of Nazara Technologies, in a press release. WildWorks’s positive brand relationship with consumers will help Nazara cut through that, he notes, which will aid its growth.

In 2018, Nazara teamed up with French animation studio Xilam Animation to make mobile games based on the Oggy & the Cockroaches brand. The company has multiple IPs under its umbrella, including Nodwin Gaming (eSports), mobile game World Cricket Championship 3 and quiz mobile app Qunami.