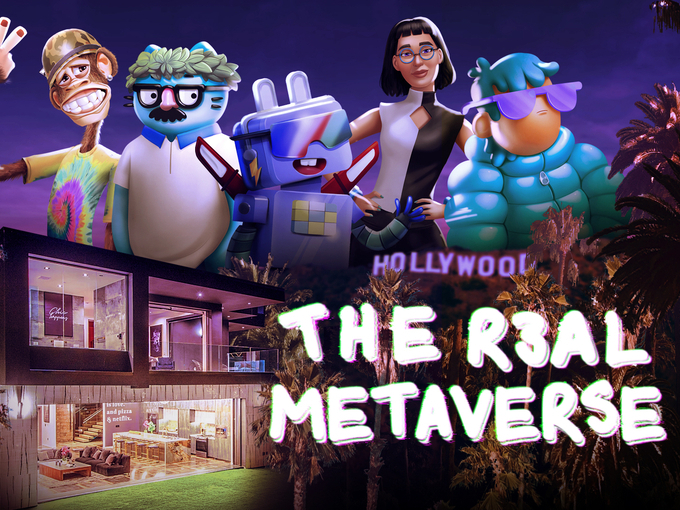 The company, which secured US$12 million in funding this month, has launched a new series that will use NFTs to incorporate the creative input from interested fans.

LA-based Invisible Universe, the studio behind digital-first IPs like Qai Qai and Clydeo, is testing out a “community-driven” approach to its latest project.

On the heels of raising US$12 million in funding, the company has launched The R3al Metaverse, featuring five NFT-inspired characters living together. The CG-animated series is a reality show parody geared towards YA audiences and has launched across major social media platforms and the official website.

Characters include Pete and Claudine (based on the popular Bored Ape and Doodles NFTs respectively) as well as Journey from World of Women, Monty from Cool Cats and Sam from Robotos.

While Invisible Universe has established itself using a community-driven strategy for building IPs on social media and then expanding them, the new series dives deeper by equipping fans with the ability to influence the series.

Invisible Universe will mint 7200 “Producer Pass” NFTs for the series, the holders of which, in turn, will be able to contribute ideas and writing to be incorporated into the show. Furthermore, fans who own NFTs from one of the five communities (which the main characters are based on), will also have the opportunity to see their character animated and featured in a cameo appearance on the series.

CEO Tricia Biggio has previously discussed NFTs bringing a similar utility to Invisible Universe’s kid-friendly characters such as Qai Qai. The fast-growing brand, based on a doll belonging to the daughter of athlete Serena Williams, recently expanded into NFTs on the kids’ social media platform Zigazoo.

Up next, Qai Qai is also gearing up to enter the kidlit space with The Adventures of Qai Qai, releasing in September. The book, aimed at readers ages two to five, is penned by Williams with publisher Macmillan attached.