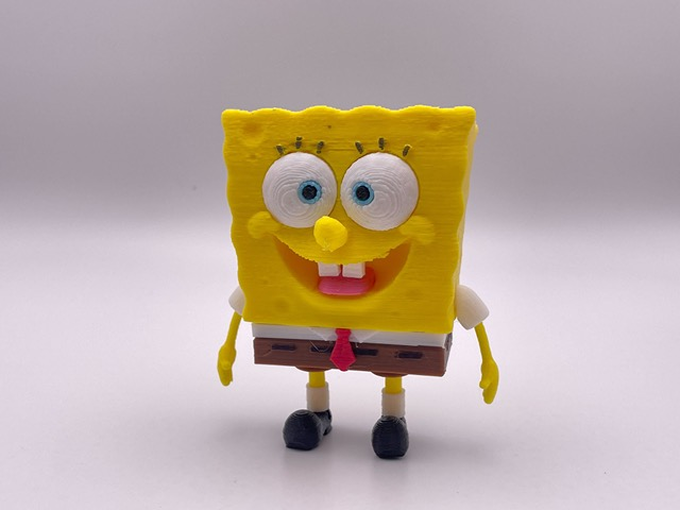 The 3D printing company is adding the cast of SpongeBob SquarePants and Minions to its catalogue of printable toys, which features more than 3,000 designs.

The Paramount partnership will result in 3D prints based on popular characters and environments from Nickelodeon’s SpongeBob SquarePants franchise, and Toybox will work with Universal on a line of unique 8-Bit designs featuring Illumination’s Minions IP. Both ranges will launch in September.

The Toybox 3D printer allows kids to design and print more than 3,000 toys, including space ships, action figures, swords and animals. It retails for US$379 on the company’s online store, where users can also purchase printable licensed characters from kids series including 2D-animated comedies Adventure Time and Teen Titans Go!.

More than 2.4 million toys were made using the Toybox 3D printer in 2021, and the company expects that number to double this year, said CEO Ben Baltes in a release.

Toybox signed its first licensing deal in 2020, partnering with London-based Beano Studios to develop prints for Dennis & Gnasher: Unleashed. The company followed up in 2021 with two more agreements, one with Warner Bros. Consumer Products for DC Comics and Cartoon Network characters, and another with LA-based animation studio Bureau of Magic for CG-animated fantasy series Lost in Oz.

Hasbro is also attempting to break into the 3D printing market by collaborating with Massachusetts-based Formlabs on a range of Selfie Series action figures that will be out this fall. Kids can use a Hasbro Pulse mobile app to create a 3D print of their own head and then place it on the body of an X-Wing pilot, a Power Ranger or a Ghostbuster. The customized figure kits will retail for US$60.