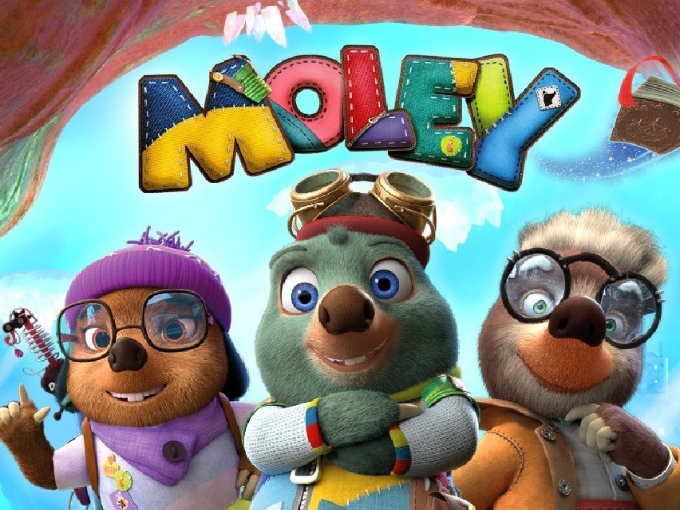 It’s not often that a mole gets international attention, but this week’s news that Moley creator James Reatchlous is launching a new UK-based production company with big Hollywood names did the trick.

Two Daughters Entertainment will seek to build on the success of Moley, which launched in 2020 and now airs in 140 territories worldwide (thanks to the expert sales management of Jetpack Distribution). And the prodco is coming into the market with an executive team that speaks to its potential, with veteran executive producer Bonnie Arnold (former DreamWorks Animation president) signing on as a development consultant, and head of marketing and PR Andreea Spasova (a 14-year WarnerMedia alum) joining Moley producer Tony Nottage and director Leon Joosen.

Two Daughters also has three new CG-animated series in development that will be released over the next five years. And according to the company’s website, it has acquired the rights to two feature-length titles, Reds and Grays and A Christmas Twist. The site pegs the company’s current valuation at £84 million and projects it will be worth  £250 million by 2026.

Fuelling that projection is Moley (52 x 11 minutes), which is still building steam. Jetpack has announced a major sub-distribution deal for the series with China’s Jetsen Huashi that includes linear, digital and VOD rights to Moley in both Mandarin and English. Jetpack also sold the show and its original 30-minute special Master Moley: By Royal Invitation to TVP in Poland.

Moley was created by Reatchlous as a bedtime story for his children about a magical mole who lives under Windsor Castle. The main character is voiced by actor Warwick Davis and features a number of other British stars (including Charles Dance) in its voice cast.

Updated on Aug. 22 with a clarification regarding Ms. Arnold’s role as development consultant