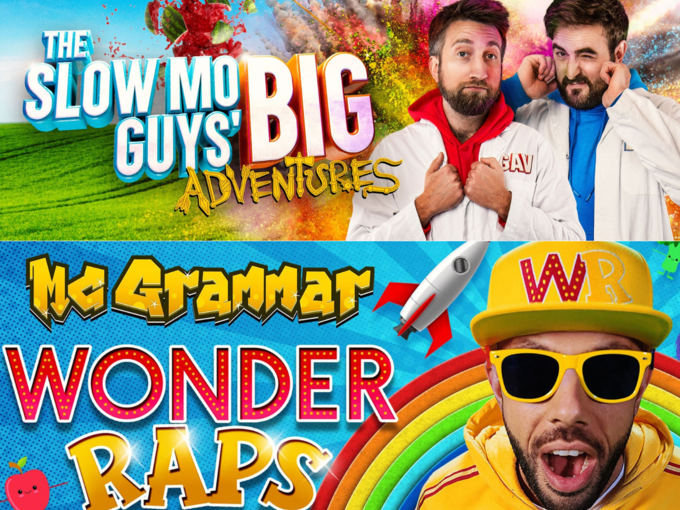 The Brit broadcaster has given the nod to science and history series The Slow Mo Guys' Big Adventures, along with a second season of music series MC Grammar's Wonder Raps.

Targeting kids ages eight and up, The Slow Mo Guys’ Big Adventures will see the popular hosts uncovering mysteries of the past and recreating “explosive” moments from history. The 10 x 22-minute CG-animated series launches in September on Sky Q, the Sky Kids app, Sky Glass, Sky Go and the NOW streaming service. David Soutar will direct, with Gabe Turner and Sheldon Lazarus from London-based studio Fullwell 73 on board as producers.

Sky has also announced the return of a second season of CG-animated series MC Grammar’s Wonder Raps from UK prodco Monkey. Launching on August 26, the new episodes (10 x five minutes) will see the show’s rhyme-spitting host continue his quest to teach kids about early-learning topics such as the oceans and healthy eating using rap.

Other recent acquisitions made by Sky Kids include preschool series 123 Number Squad! (from Singapore’s Omens Studios), which will air on its Sky Kids VOD platform and NOW next February.