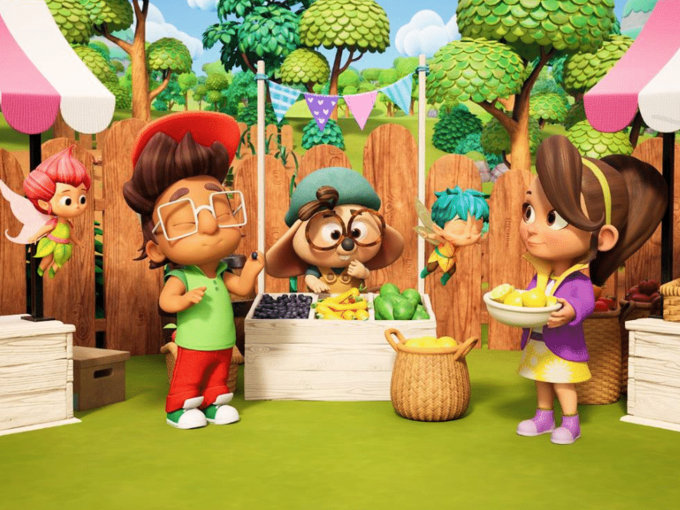 Monster inks US deals for batch of international toons

Ahead of launching them at MIPJunior, the distributor has sold five animated series from Brazil, South Africa, Ireland and North America to a pair of US buyers.

Kidstream picked up The Charlie Shepherd Show, with Fia’s Fairies, Storytime with Ms. Booksy, Zizi and Hannibal and Once Upon… My Story going to Kids Street. Monster is also planning to screen all five shows at MIPJunior (October 15-16) later this year.

Storytime with Ms. Booksy is a 2D-animated series (30 x seven minutes) based on YouTube shorts that are currently running on the Cool School channel (1.52 million subscribers). Targeting four to eights and produced by Driver Studios in the US, the toon’s storyteller protagonist narrates classic fairytales with a modern twist to promote girl empowerment.

Zizi & Hannibal (26 x 11 minutes), produced by South Africa’s Pixcomm, is also aimed at kids ages four to eight. It stars a five-year-old girl and a fun-loving hippo who journey across Africa to meet and learn about a variety of animals. The 2D-animated series has received funding support from South Africa’s Department of Trade, Industry and Competition, South Africa’s Industrial Development Corporation and SABC.

Once Upon… My Story (30 x 2.5 minutes) from Canadian prodco Maki Media is based on 30 stories created by real six-year-olds—featuring everything from flying frogs to cookies growing on trees. It’s for the three to six set and was created for French-Canadian linear channels Unis.tv and TFO.