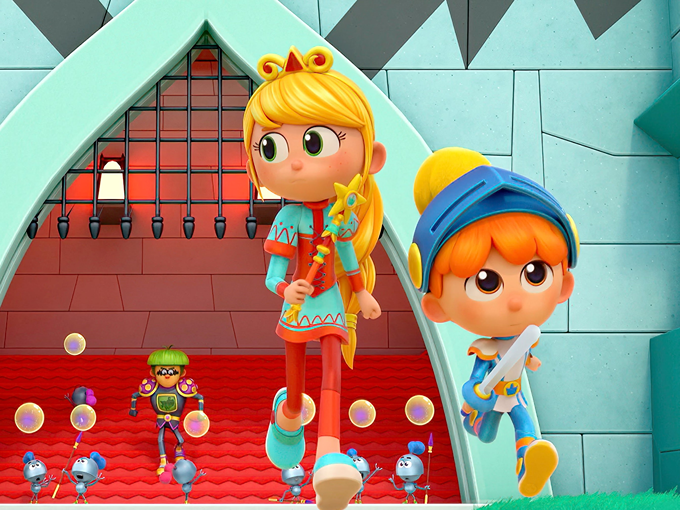 MOM Fun Company will release a collection of costumes and accessories based on the kids brand in time for Iberia's Carnival festival.

Next year’s Carnival celebrations could feature more kids dressing up as dragons, knights, princesses and trolls, thanks to a new licensing deal between DeAPlaneta Entertainment and MOM Fun Company in Spain.

MOM will be the first licensee to make consumer products based on Technicolor Animation’s CG-animated kids series Gus, the Itsy Bitsy Knight. Its range of costumes and accessories are set to launch in Spain, Portugal and Andorra next February, just in time for the kick-off of Carnival season.

Founded in 2013, MOM produces original costumes, accessories, masks and make-up kits for kids and adults, as well as licensed lines for kids IPs such as Sesame Street, Miraculous: Tales of Ladybug & Cat Noir and Pucca.

Gus has gained market traction quickly since launching in May 2021. Produced by Technicolor in association with France’s PGS Entertainment, the 52 x 11-minute series premiered in Spain on RTVE. The show is now in its second season and airing in more than 10 countries, including the UK (Tiny Pop) and Canada (Radio-Canada and Knowledge Network).

It follows along with tiny hero Gus as he battles witches, dragons and the evil shadow knight to complete a quest to become the most famous knight of all time.

As retailers gear up for Halloween, the costume business is beginning to climb back to pre-COVID levels. LA-based toyco Jakks Pacific‘s costume segment doubled sales in Q1 over the previous year to US$9.7 million. And its role-play and dress-up segments also performed well, growing by 37.3% to US$62 million.