The company has upped her to SVP of its new ZAG Play Toy Division, which will develop its own line of original toys and complimentary products based on the company's proprietary brands. 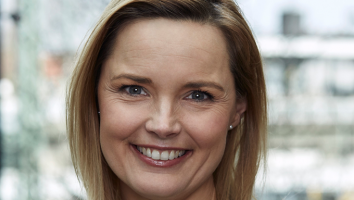 As ZAG Entertainment gears up for the launch of Miraculous: Tales of Ladybug & Cat Noir’s fifth season this fall, the company is launching a new global toy division that will be headed up by its former VP of Central, Northern and Eastern Europe and Russia.

In a release, Perheentupa says the division will continue to work closely with master toy partner Playmates and other licensees to develop original toy lines with global retail placement in order to keep audiences engaged with ZAG’s brands. She will announce her new team members at a later date and plans to present the division’s first products at the Nuremberg Toy Fair in January 2023.

Miraculous currently airs in more than 120 countries and has sold upwards of 260 million products at retail, surpassing US$1 billion in retail sales worldwide, according to ZAG.

Following the season-five launch, the company will focus on the franchise’s first feature film, Miraculous Ladybug & Cat Noir: The Movie. This US$100-million CG-animated pic is a co-pro with LA-based animation studio Cross Creek Pictures, and ZAG founder and CEO Jeremy Zag is serving as both director and writer on the project.