Buono, who has spent more than a decade scouting and managing talent for the House of Mouse, is currently working on a lineup of upcoming Disney+ series. 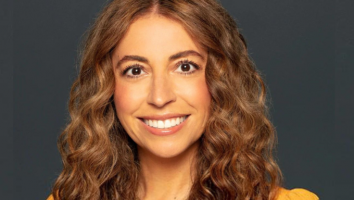 With several book adaptations and series sequels on its development slate, Disney Branded TV has upped Leah Buono from executive director to VP of casting.

The promotion marks an expansion of Buono’s remit that will now see her scouting for talent and overseeing casting for live-action pilots, series, original movies and unscripted titles for streaming (Disney+) as well as linear (Disney Channel). She continues to report to Brenda Kelly-Grant, SVP of casting and talent relations at Disney Branded TV.

Currently, Buono is overseeing talent on upcoming Disney+ shows such as Percy Jackson and the Olympians, American Born Chinese, National Treasure: Edge of History, The Santa Clauses and The Muppets Mayhem.

She first joined the company in 2009 as director of casting for Disney Channels Worldwide and was elevated elevated to executive director in 2012. She has managed casting for titles that have helped launch prominent actors and artists including Zendaya (Shake It Up), Olivia Rodrigo (High School Musical: The Musical: The Series) and Dove Cameron (Descendants).