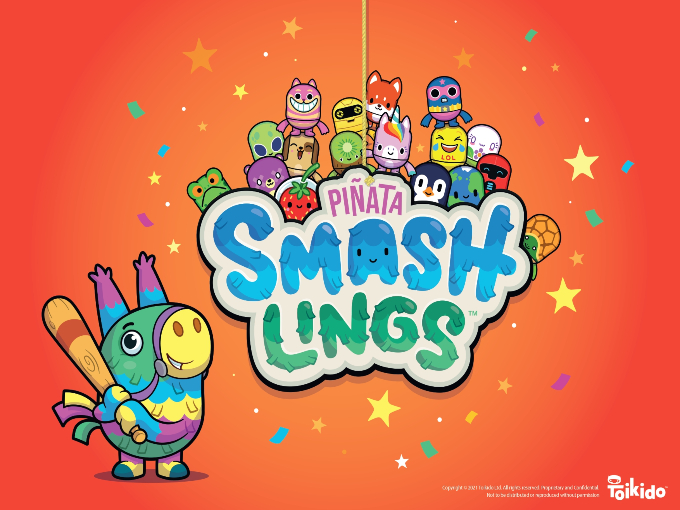 A video game, collectible cards and toys will launch next year in the US and Canada, and animated shorts are also in the works, according to CEO Darran Garnham.

Brit toyco Toikido has partnered with Retail Monsterto roll out its new range of Piñata Smashlings products in North America next year.

The launch will kick off with a Roblox game in summer 2023, followed by collectible cards from Topps and figurines, plush, playsets and piñata eggs containing Smashlings from Israeli toymaker PMI in the fall.

This first wave of products is intended to test the market ahead of a more robust toy line that’s in the planning stages, according to Toikido founder and CEO Darran Garnham. The company has also started making animated shorts with London-based video agency RD Content and is looking for a studio to produce longer-form content.

Inspired by the ever-popular party game with Mexican roots, Piñata Smashlings are figures (both real animals and imaginary creatures) containing smaller mini-figures called Smashlings inside of them. “We love the magical surprise of what could be in a piñata—it doesn’t have to be only candy,” says Garnham.

Toikido, which only opened its doors in 2020, got right to work on rolling out a toy line based on the Among Us video game last year. According to Garnham, the range is now available in 70 countries worldwide and on shelves at all major US retailers.