The media consultant, who previously worked at Sesame Workshop and JP Kids, has been tapped to build and manage the company’s programming slate. 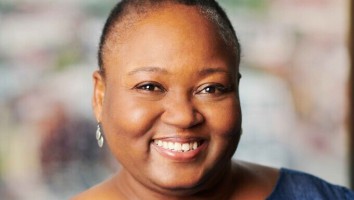 Howard, who served as a development consultant for the Pittsburgh-based prodco, was recently hired on full-time. Reporting to CCO Ellen Doherty, she will manage the company’s production slate and work with creatives to shepherd projects through the development process.

Howard’s long career in kids entertainment began at Sesame Workshop, where she was in charge of the children’s casting department for Sesame Street.

She also served as a development exec at JP Kids (The Famous Jett Jackson) and at MTV Networks’ teen programming block The N—which was rebranded as TeenNick in 2009. Howard oversaw live-action and animated content at The N, working with prodcos such as LA-based Klasky Csupo and Endemol.

Fred Rogers secured funding last year to support the production and promotion of its preschool lineup. This included a US$1-million grant from the Arthur Vining Davis Foundation and a US$2.7-million grant from the Corporation for Public Broadcasting. Puppet series Donkey Hodie and 2D toon Alma’s Way (both of which debuted last year on PBS KIDS) were among the projects supported by the grants.

An unscripted music show with Ben Folds is among the projects currently in the works at the prodco, Doherty tells Kidscreen, in addition to an expansion of preschool nature series Through the Woods set to feature various ecosystems like the desert, prairie, and northwest coast.