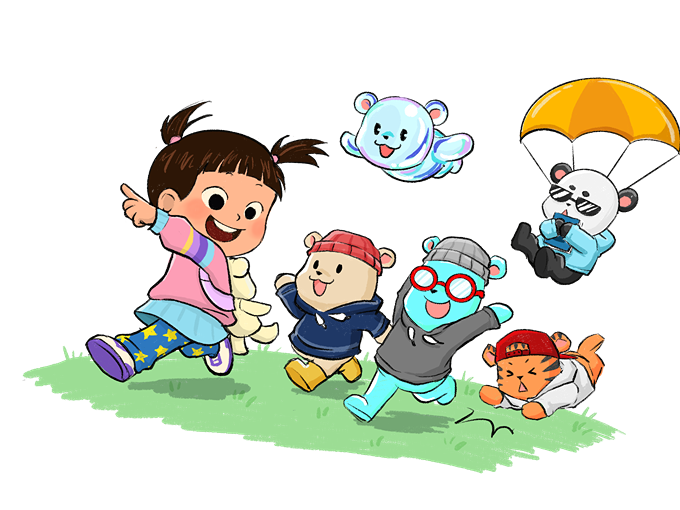 Expanding into web3 for the first time, Nelvana is animating series based on NFTs from Pablo Stanley and Wil Lee.

Based on the work of Pablo Stanley, who is also designing a companion NFT collection, Robotos follows a group of friends who go on fantastical adventures in a world set in the distant future

And inspired by Wil Lee’s digital art, the littles (pictured) features an adventurous preschooler who uses her imagination to befriend a group of sweet and rambunctious bears.

Both projects are part of an ongoing partnership between TIME Studios’ kids and family division and Nelvana that kicked off in January with the development of CG-animated preschool series Leela’s Island (52 x 11 minutes), which is slated to premiere in fall 2023.

TIME has been on a mission to find untapped sources for unique kids and family IPs in the NFT space. These two new projects with Nelvana join Toy Boogers from NFT creator Doug and Smilesssvrs by the artist Waheed in its pipeline.

In other Nelvana news,  the studio is expanding its sales team with the hire of former Breakthrough Entertainment sales executive Aliy Brown. In her new role as digital sales and partnerships manager, Brown will help Nelvana expand its business with North American and pan-regional channels and platforms, in addition to managing current distribution relationships with streamers including Roku, Tubi, FimRise and Kanopy.

The studio has also promoted Julia Dodge to director of global strategy and digital distribution. Reporting to Nelvana Enterprises chief Mellany Masterson, Dodge will head up the global sales team and develop new distribution strategies for its full content portfolio.