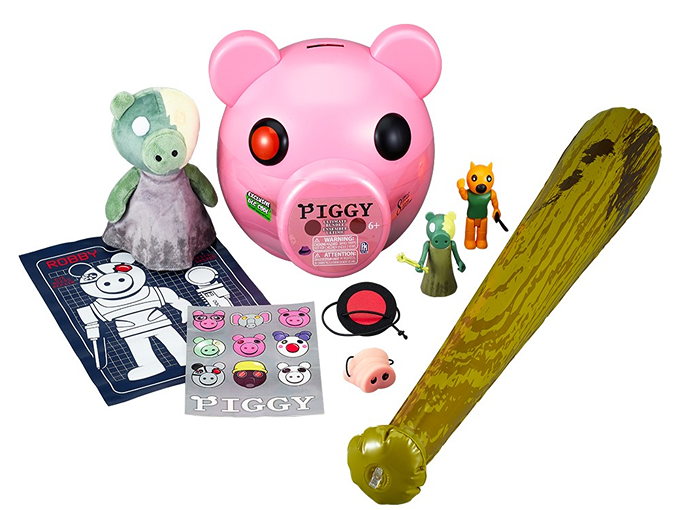 In part two of our Roblox miniseries, Kidscreen looks at how toycos are mining the platform for toyetic IPs and game mechanics that can translate into kid-focused consumer products.

Roblox has been around since 2006, but major brands like Nike and the NFL are really only now starting to explore the platform in search of ways they can incorporate the game into their existing marketing strategies.

Some toycos, however, are going a different route and looking at Roblox as a source of indie IPs with consumer product potential.

Since the pandemic, Roblox’s popularity has exploded. It now has a user base of more than 50 million monthly active players who logged a total of 12 billion playtime hours in Q1 2022 alone, according to Statista.

Bill Graham, president at LA-based PhatMojo, says it’s unwise to look at Roblox titles in the same way you would a social media account, measuring by likes or visits. Because Roblox engages kids on a different level (immersively), companies need to look deeper to determine if they’re strong candidates for licensing.

“Story, characters and world-building are equally important when analyzing Roblox devs and their properties,” Graham tells Kidscreen. “You want to find games and experiences where the gameplay mechanics can translate into toys, or [the products] won’t be as engaging to your audience.”

Gameplay mechanics are the elements and systems that players use to interact with a video game. For example, the core mechanics of fighting games are to attack and defend against your opponent using special moves and techniques, while the mechanics of role-playing games like Pokémon are to train and catch various creatures.

PhatMojo found a unique set of gameplay mechanics in the multiplayer survival-horror game Piggy. A top-five Roblox game globally, with 10 billion all-time visits, users can either play as a police officer investigating the titular villain in the title’s story mode, or they can play together with other users online in a social survival game where one player in the lobby becomes Piggy and tries to eliminate the rest. Although its description sounds teen-targeted, the developers report its user base is actually six to 12s.

In 2020, PhatMojo inked a licensing deal with its developer MiniToon and adapted the game into a full CP range, which now includes apparel, building sets, action figures, plush and bundles that come with 10 themed products based on one of the game’s characters. The toy line started hitting shelves in 2021 and is available through the game’s official online store and in brick-and-mortar retailers Walmart and Gamestop in the US.

With its unique combination of massive user base and active creative economy, Roblox has the potential to grow into a licensing game-changer, says Graham.

“Roblox feels like a new YouTube,” he notes. “This is a user-generated content platform that is updated daily with new games and social experiences that can grow alongside its player base and appeal to different age groups.”

Roblox is also wildly popular with under 13s and has an almost equal split in gender appeal, increasing its viability as a source of new brands and for engaging kids.

WowWee will be joining PhatMojo on retail shelves later this year with the release of two Roblox-related toy lines: its new My Avastars game and fashion dolls, and its licensed Twilight Daycare dolls. Last year, the Hong Kong-based toyco partnered with Twilight Daycare game developer Gamefam to release digital versions of its My Squishy Little Dumplings collectible toys within the Roblox title.

Sydney Wiseman, WowWee’s VP of brand development and creative strategy, says the results were eye-opening, delivering 33 million visits to Twilight Daycare, which has accumulated more than 400 million minutes of play minutes. “Roblox is the biggest buzzword in toys, and we’re thankful we got in during the early-adopter phase,” she says.

Tune in tomorrow to discover how agencies are approaching Roblox’s licensing potential, and how independent developers have licensed their IPs through the game’s available programs.