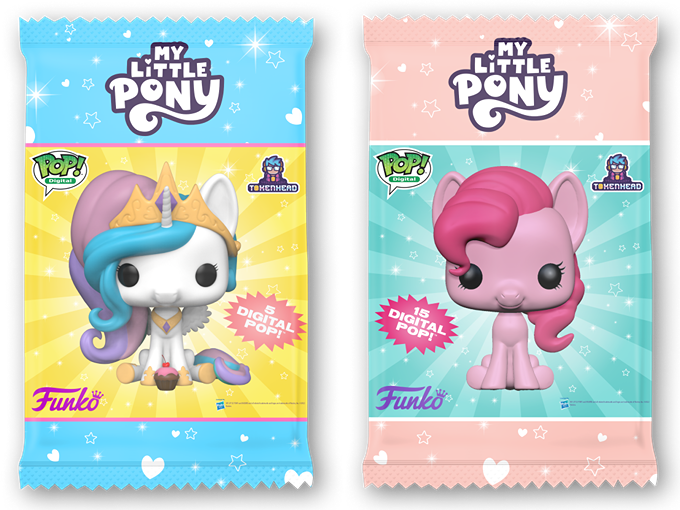 Hasbro and Funko to launch My Little Pony NFTs

Hasbro is collaborating with the collectibles giant on NFTs again, this time to drop 360,000 Digital Pop!s based on its most popular ponies.

Toycos Hasbro and Funko are partnering to release a first range of My Little Pony Digital Pop! NFTs at the end of the month, featuring some of the brand’s most popular characters, including Pinkie Pie, Princess Luna and Rainbow Dash.

The digital collectibles will launch on June 28 via Funko’s Droppp.io NFT platform, which it acquired among the assets of NFT app developer TokenWave in April last year.

MLP’s first collection will encompass 360,000 NFTs, which users can get their hands on by purchasing a standard pack of five Digital Pop!s for US$9.99 or a premium pack of 15 for US$29.99 through Funko’s online store or the Dropp.io marketplace. Each pack of My Little Pony NFTs are randomized and may contain a rare drop that users can redeem for a free limited-edition figurine.

Hasbro and Funko forged a similar partnership in March to drop 360,000 Digital Pop! NFTs based on Hasbro’s Transformers brand; the entire collection sold out the same day it was released.

Since launching Droppp.io six months ago, Funko has rolled out 16 waves of Digital Pop! collectibles, partnering with companies and brands including Nickelodeon, Scooby-Doo, Kellogg’s, DC and Teenage Mutant Ninja Turtles.