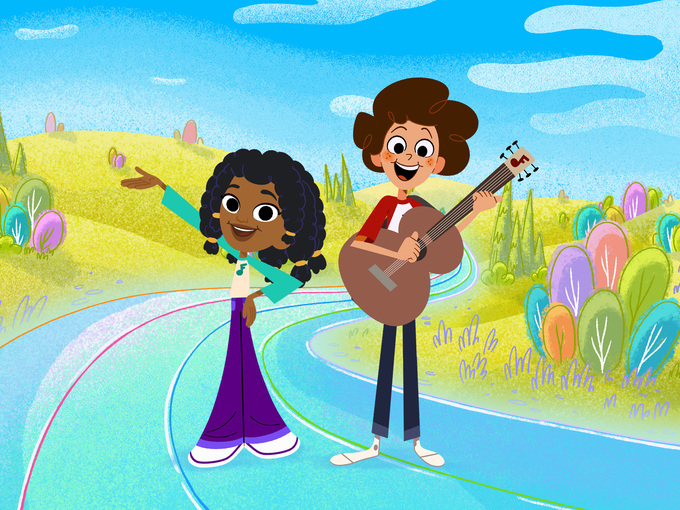 An animated musical from Vérité Films and a Thunderbird/Windy Isle Productions live-actioner featuring real baby animals are set for Canadian premieres in the fall.

A co-pro between Toronto’s Windy Isle Productions and Vancouver-based Thunderbird Entertainment, Mittens and Pants promises to unleash “cuteness overload” when it premieres this fall. Set in Kibble Corners, the series (39 x seven minutes) features real baby animals such as puppies, kittens and piglets cruising through town on vehicles as they perform key jobs like delivering mail.

Also arriving in the fall is Toronto-based Vérité Films’ Jeremy and Jazzy (pictured), a series of animated musical shorts (27 x two minutes) about creating songs and stories. The project stars Canadian musicians Jeremy Fisher and Aiza Ntibarikure, and celebrity musical guests are being lined up to make guest appearances in the core episodes and an 11-minute special that’s also in the works.

Earlier this year, the CBC expanded its kids content team—hiring Swin Chang to head up development and oversee select productions and announcing plans to ramp up output for the next few years. Chang previously served as director of development for Alibi Pivotal Kids and eOne Family, and she began her career in creative development and production at Astral Media networks Family Channel, Disney XD and Disney Junior.