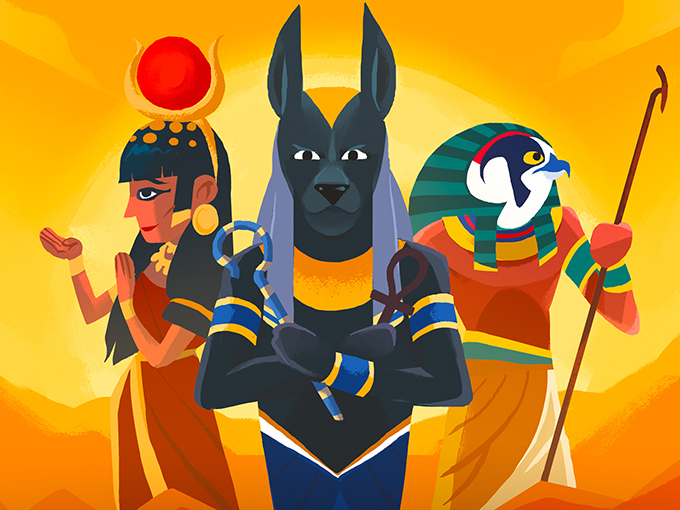 France’s Unique Heritage Media (UHM) has launched Myths & Legends, a new podcast uncovering old tales about gods and heroes from around the world, as a Spotify exclusive.

Myths & Legends is an English-language adaptation of Mythes et Légendes, a French podcast from Quelle Histoire, a kids publisher and podcast producer owned by UHM.

The first episode—focused on Egyptian mythology (pictured)—debuted on the audio streaming platform on May 23.

“This show not only brings epic myths to life, but also provides an educational experience through engaging stories,” says Verdell Walker, head of kids audio content at Spotify.

There are 25 episodes in total, averaging 10 to 15 minutes each. Though the podcast targets kids in the six-to-nine demo, it was developed with a family co-listening experience in mind, says Walker. Coloring pages based on the mythology covered in each episode will also be available to download on Spotify’s website.

“Spotify is deeply committed to inclusion in the family audio space, and part of that is using our platform to bring stories and traditions from around the world to the homes of our listeners,” says Walker. “It’s my hope that this show will ignite [kids'] curiosity and desire to go deeper into these rich mythologies.”

Along with the English translation, Spotify has also launched exclusive translations in German, Spanish and Portuguese. UHM is the first French studio to broadcast a multilingual kids podcast series internationally, says CEO and founder Emmanuel Mounier.

“I’m very proud to see Myths & Legends continue on this road to success, and at an international level,” he tells Kidscreen. “It’s a key step in the development of our studio and an acknowledgement of our production talent.”

Myths & Legends is written by Quelle Histoire and voiced by Stephen Dalton. The episodes will follow a weekly release schedule, with the next one arriving on May 30.