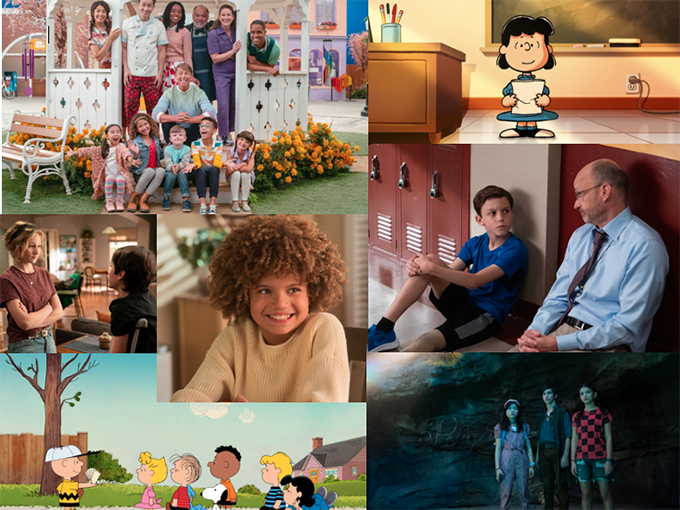 Several shows with kidlit pedigrees will be premiering on the streamer when school lets out, including preschool toon Duck & Goose and Just Don't Fall, based on a memoir by Paralympian Josh Sundquist.

Summer reading is taking on a whole new meaning at Apple TV+, which is gearing up to debut a number of new book adaptations for kids and family viewers.

First up on July 8 will be animated preschool series Duck & Goose, based on the bestselling books written and illustrated by Tad Hills. It tells the story of two feathered friends who learn to look past disagreements and appreciate their differences. The book range encompasses nine titles, the first of which was released in 2006.

Then on July 22, Best Foot Forward from Apple and Canadian prodco Muse Entertainment will debut on the streamer. This live-actioner is based on the book Just Don’t Fall, authored by Paralympian and comedian Josh Sundquist. It centers on 12-year-old Josh Dubin, who has a prosthetic leg, as he moves from homeschooling to facing new experiences at public school.

Another live-actioner called Life By Ella, created and written by EPs Jeff Hodsden and Tim Pollock (Bunk’d), will premiere on September 2. It tells the story of two best friends who are determined to seize each day and take chances as they return to school. Linda Mendoza (Ugly Betty) directed the project.

Meanwhile, Apple TV+ is betting that the Peanuts gang will be a tempting diversion for kids on hot summer days.

The SVOD has ordered Lucy’s School, a new special celebrating teachers from its partnership with Peanuts Worldwide and WildBrain. The original one-off will join the Apple+ lineup on August 12, a week after several existing specials from the Peanuts franchise, including A Charlie Brown Celebration, He’s A Bully, Charlie Brown, He’s Your Dog, Charlie Brown and It Was A Short Summer, Charlie Brown. August 5 will also mark the premiere of new episodes from the second season of The Snoopy Show.

And Hello, Jack! The Kindness Show is returning with a new special and four original shorts on June 24. The live-action/animation hybrid, which launched last year, was co-created by Jack McBrayer (30 Rock) and Angela Santomero (Blue’s Clues).