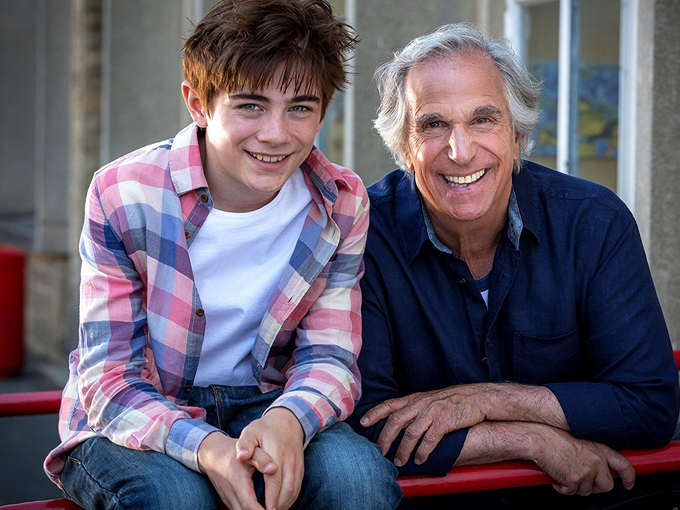 From a pair of American Girl specials to a two-part supernatural romance saga, the US streamer is stocking up on tween live-action shows for 2022/2023.

HBO Max has partnered with Cartoon Network to add a new wave of live-action content to its kids and family offering, including a pair of 60-minute American Girl specials, music-centric comedy Home Sweet Rome, and two-part supernatural teen romance B-Loved.

Mattel is a key partner on both American Girl specials, and the first one—American Girl: Corinne Tan—is scheduled to premiere in December. MarVista Entertainment and Fox Entertainment are producing, with Angela Tortu (Fresh Off the Boat) directing the project, which sees 13-year-old ski enthusiast Corrine and her 10-year-old sister dealing with the stress of their parents’ divorce. Corinne learns the importance of family, perseverance and self-acceptance while training her hyperactive puppy to become a search-and-rescue dog.

Still untitled, the second American Girl one-off will be produced by MarVista to debut in 2023.

Home Sweet Rome will also premiere on HBO Max and Cartoon Network next year. Created by Michael Poryes, the mastermind behind hit kids sitcoms Hannah Montana and That’s So Raven, this comedy series is a co-production between Italy’s Red Monk Studio and First Generation Films in Canada. Its 13-year-old protagonist Lucy moves with her dad and stepmother (who’s an Italian popstar) to Rome, where she discovers amazing foods, meets new people, and learns how to maintain a relationship with her best friend from thousands of miles away.

Degrassi alums Matt Huether and Courtney Jane Walker are on board as showrunners for the production, which is shooting entirely in Rome, and will feature original songs in each episode.

Endeavor Content and Wonder Worldwide are collaborating on two-part special B-Loved (working title), which is pegged for a Valentine’s Day 2023 launch on HBO Max. The show stars Peyton List as a teenage ghost who develops a special bond with the new boy in town. Cole moves into the house Bea is haunting and motivates her to experience the world again.

Cesar Vitale (The Taverne) is the scriptwriter on this tween romance, with Emily Ting (Tall Girl 2) directing.