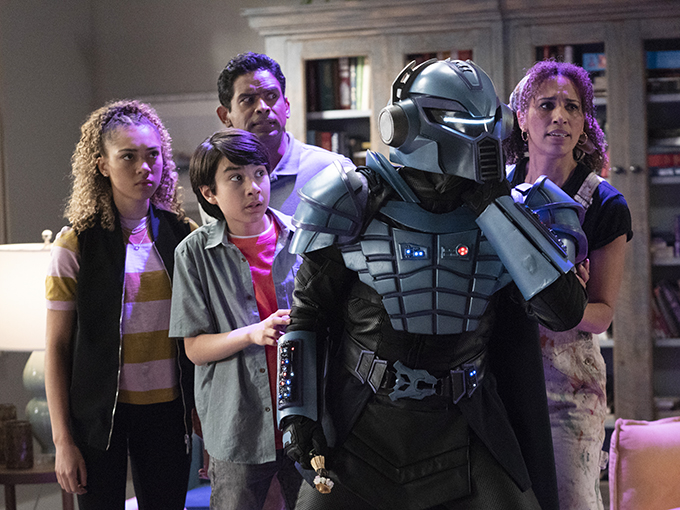 Hulu acquires Overlord and the Underwoods

The streamer is the latest to pick up this Cloudco/marblemedia live-action co-pro that premiered last fall.

Hulu has picked up US streaming rights for family sitcom Overlord and the Underwoods from marblemedia and Cloudco Entertainment.

The first season of the live-action series (20 x 30 minutes) will debut on the platform this summer, co-produced by Cloudco and marblemedia with financial support from Canada’s Shaw Rocket Fund and development funding from the Canadian Bell Fund Slate Development Program.

This marks Overlord and the Underwoods‘ first deal with a non-commissioning broadcaster; CBC, BYUtv, Nickelodeon International and ITV/CITV all greenlit the show, which aired started airing last fall.

Episodes revolve around the Underwoods, a wholesome family that has to deal with the arrival of a distant relative named Overlord who is, quite literally, out of this world. The evil alien seeks refuge in their home on Earth after being forced into intergalactic witness protection.

Overlord and the Underwoods was co-created by Anthony Farrell and Ryan Wiesbrock who also serve as EPs. Cloudco and marblemedia’s Distribution360 share global distribution rights to the series.

D360 has been expanding its live-action catalogue over the past year with the addition of two other projects from Farrell—interconnected sitcoms The Parker Andersons (10 x 30 minutes) and Amelia Parker (10 x 30 minutes), and Lady Ada’s Secret Society (nine x nine minutes).