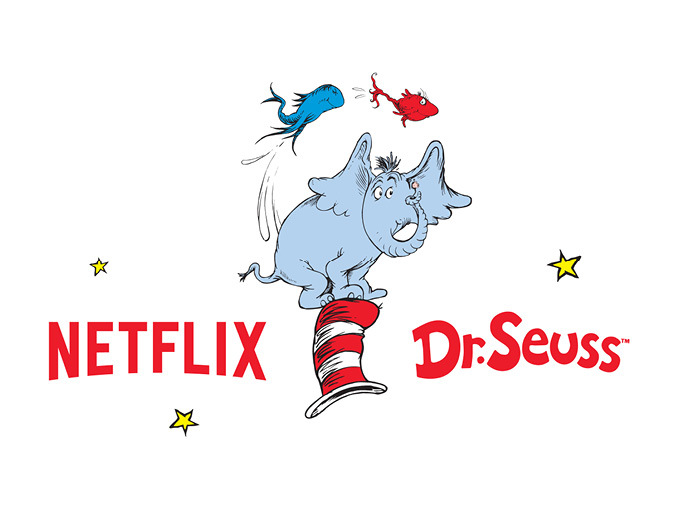 Netflix steers in a preschool direction with new Seuss slate

The streamer has announced five new animated projects with Dr. Seuss Enterprises based on books and characters from the iconic brand.

The announcement builds on the launch of the Seuss universe on Netflix in 2019 with Green Eggs and Ham, the 2D-animated series heading into its second season on April 8. The new programs will be based on similarly iconic Seuss IPs, such as Horton Hears a Who!.

Susan Brandt, CEO and president of Dr. Seuss Enterprises, says working with Netflix to bring these characters to life helps to amplify and preserve the legacy of Dr. Seuss.

“We are tasked with disseminating our characters, stories and themes to the widest possible audience in new mediums while promoting learning lessons, particularly to children. Creating content that comes alive on Netflix perfectly aligns with this principle,” says Brandt.

Of the five Seuss projects that have been greenlit, The Sneetches and Thidwick the Big Hearted Moose will both become 3D-animated, 45-minute specials; One Fish, Two Fish, Red Fish, Blue Fish will spring to life as a series of seven-minute 2D-animated episodes with two-minute music videos; Wacky Wednesday is set to be a mixed media series of 11-minute episodes; and Horton Hears a Who! is a 3D-animated series of 11-minute episodes.

Brandt says these stories were chosen with Netflix for the characters and lessons they offer young kids.

“We worked closely with the team at Netflix–in particular with Ashley Brennan, head of kids and family content at Netflix–to identify the Dr. Seuss stories that had the right mix of well-known characters like Red Fish Blue Fish, Horton and the Sneetches with other lesser known treasures like Thidwick the Big-Hearted Moose and Wacky Wednesday,” she explains. “This preschool lineup will introduce concepts of foundational learning and also explore themes of diversity and respect for others, while also delivering, first and foremost, Seussian fun.”

Executive producer Dustin Ferrer (Daniel Tiger’s Neighborhood), serves as showrunner on all five series, with additional showrunners for individual projects to be announced in the future.

The growing Seuss universe also includes three new feature films, with Warner Animation Group recently announcing it is working with Dr. Seuss Enterprises to bring The Cat in the Hat to the big screen, tentatively in 2024, and Thing One and Thing Two and Oh, The Places You’ll Go! scheduled for release in 2026 and 2027, respectively.

In other Netflix kids news, Jack Black is returning to voice Po in the upcoming series Kung Fu Panda: The Dragon Knight. The CG animated series will see Black’s Kung Fu Panda leave his home to find four powerful weapons before a new and mysterious enemy does. Throughout his adventure to save the world, Po will find himself teamed up with an English knight named Wandering Blade. The series is produced by Peter Hastings and Shaunt Nigoghossian, with a release date still to come.