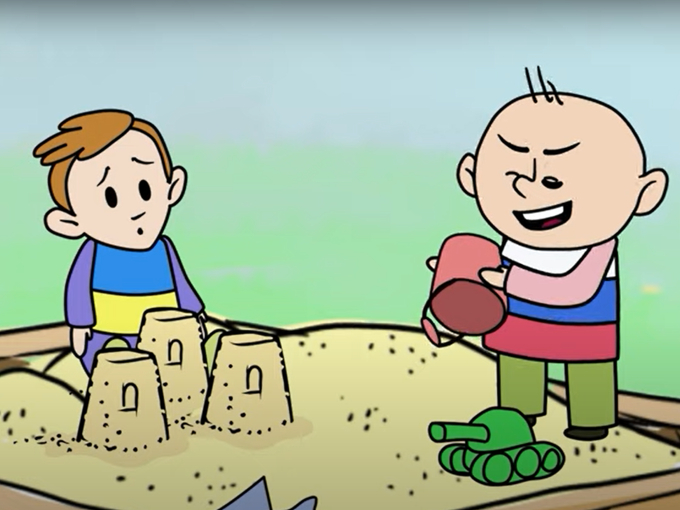 The country's screen industry is fighting the invasion with a two-minute short called The Good Always Wins and an open-letter campaign calling for international endorsement.

Ukrainian broadcaster 1+1 media and animation studios Animagrad and Mamahohotala have teamed up to create a 2D-animated short designed to counter Russian propaganda about the invasion.

The Good Always Wins looks at the incursion from a kid’s perspective. Targeting children ages three and up, it features two characters wearing t-shirts that reflect their nationalities and uses a bullying analogy to explain the conflict. The 2.5-minute short is available on 1+1 media’s YouTube channel in English, Ukrainian and Russian.

In addition to helping families discuss war, the cartoon is designed to combat Russian misinformation. “This is the time when fighting on the information front is of crucial importance, as well as communicating with each audience in a language they can hear and understand,” according to a statement from the producers behind the project.

While Ukrainian soldiers fight on, the country’s screen industry is taking a stand. A handful of local media companies have penned an open letter to the European Commission, calling for sanctions on all Russian TV channels broadcasting in the EU.

The companies have asked the worldwide media community to sign the letter by emailing prgroup@1plus1.tv.