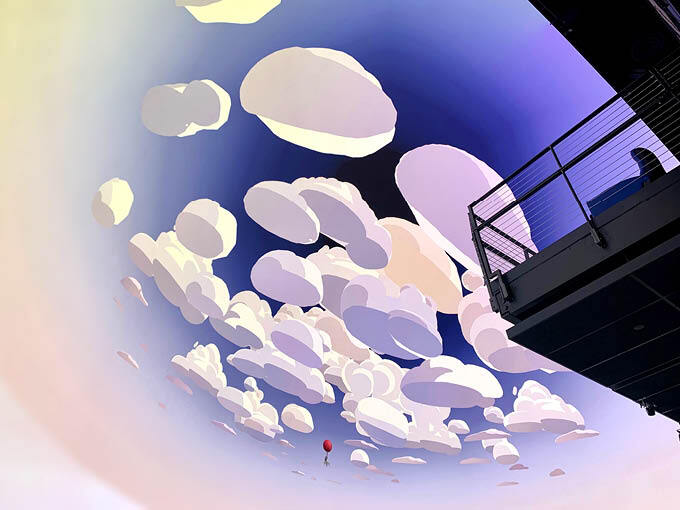 The Indian prodco has tapped Hearst Media Production to manage US distribution for its animated series, which include preschool show PaddyPaws (created by Keith Chapman); Sunnyside Billy, a comedy about an egg and his friends; and Aliens in My Backpack, which centers on a group of friends who play in a magical world located in their backyard.

Henson has inked a deal with Texas-based animation studio MightyCoconut, which will create a virtual mini-golf course set in the world of 1986 live-action fantasy film Labyrinth. Known for its virtual multiplayer game Walkabout Mini Golf, MightyCoconut is developing a 36-hole course to run on VR platforms MetaQuest and Steam. The classic film it’s based on stars a teenager who journeys through a mystical maze to save her baby brother from the goblin king, played by iconic music legend David Bowie.

The US techco is taking Baobab Studio short film Namoo (pictured) beyond VR headsets and into planetariums and full-dome theaters worldwide. The 12-minute animated short is written and directed by Erick Oh, with John Cho executive producing, and Larry Cutler, Eric Darnell, Maureen Fan and Kane Lee producing. It’s based on a narrative poem inspired by the passing of Oh’s grandfather, and follows the heartfelt moments of a man’s life.

The lifestyle brand aimed at women and girls of color is launching its first consumer products range later this year. To date, Afro Unicorn products have primarily been sold direct to consumers via its website. But this new range of licensed SKUs from H.E.R. Accessories, Jay Franco (bedding), MAD Engine (apparel), Unique (party supplies), Handcraft (intimates), Silver Buffalo (drinkware) and Centric (sleepwear) will also be available at brick-and-mortar retail.