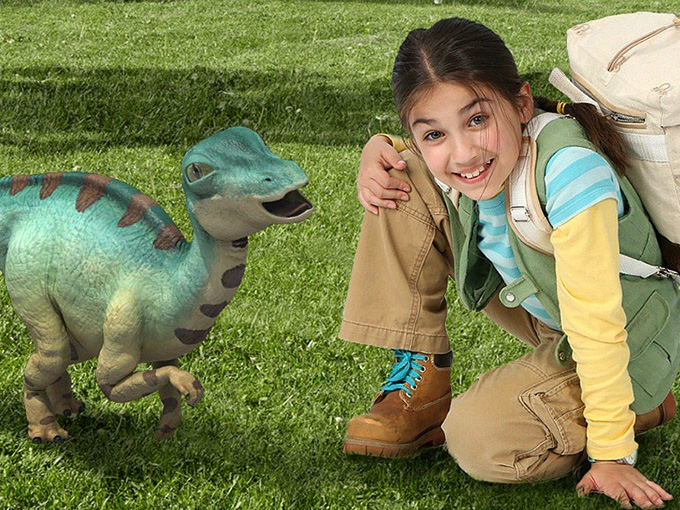 EXCLUSIVE: An audio book and figures with AR features will roll out globally later this year as the dinosaur series grows its licensing footprint.

Sinking Ship has inked a handful of new licensing deals for its hybrid live-action and animated series Dino Dana.

The 52 x 22-minute series premiered in 2017 and revolves around a 10-year-old girl who can see and interact with dinosaurs. Aimed at three- to seven-year-olds, Dino Dana is produced in association with TVOKids and Amazon Prime. It has aired on international broadcasters such as Nat Geo Kids LatAm, Canal Once (Mexico) and Senal Colombia.