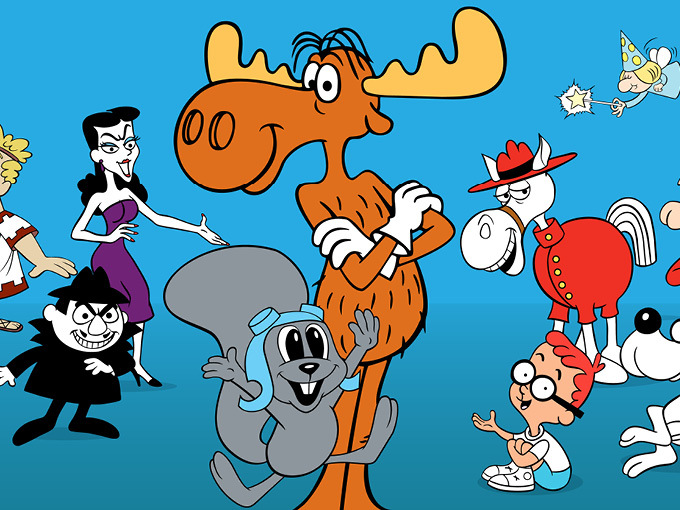 A new joint-venture partnership will see WildBrain develop content based on Jay Ward Production's classic animation portfolio, which includes Rocky & Bullwinkle, as well as distributing 788 episodes from the studio's vault.

Canada’s WildBrain has forged a distribution, production and licensing partnership with LA-based studio Jay Ward Productions for its complete portfolio of iconic animated properties from the ’50s and ’60s, including George of the Jungle, Mr. Peabody & Sherman, Dudley Do-Right, Rocky & Bullwinkle and Super Chicken.

Financial terms of the deal have not been disclosed, but both companies have agreed to create brand-new content inspired by Jay Ward classics. They haven’t announced any specifics about this development push, but nothing is off the table, according to a statement from WildBrain.

DreamWorks continues to own all original DreamWorks-produced content based on Jay Ward IPs, including the 2014 animated feature film Mr. Peabody & Sherman and two new animated series from WildBrain (at the time DHX Media)—The Mr. Peabody & Sherman Show (52 episodes) for Netflix/DreamWorks, and The Adventures of Rocky and Bullwinkle (26 episodes) for Amazon/DreamWorks. DreamWorks also owns 52 new episodes of George of the Jungle produced by Bullwinkle Studios, and an additional 52 episodes that were later produced by Singapore-based studio August Media.

This latest WildBrain partnership plays into its focus on reimagining iconic brands. The company recently signed deals to refresh Strawberry Shortcake for Netflix, Degrassi for HBO Max and Yo Gabba Gabba for AppleTV+.