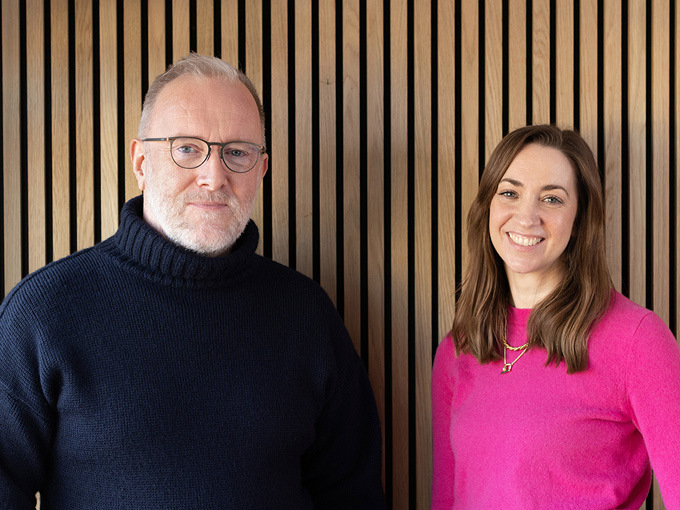 EXCLUSIVE: The Gigantosaurus producer has bought a majority stake in the UK-based prodco, and the companies are about to produce their first animated kids series together.

A Productions founder and joint managing director Mark Taylor (pictured left) will continue to head up the company with managing director and senior producer Katherine McQueen (pictured right). Financial terms of the acquisition have not been disclosed.

Later this year, the companies will begin producing their first project together—a 26 x half-hour CG-animated series called Digital Girl. Aimed at six- to 10-year-olds, this action-adventure concept revolves around superheroes Digital Girl and Hack Girl as they face off against threats from the digital world.

The acquisition is designed to help A Productions invest more in its own original IP development, according to a release. The prodco is known as a 2D/CG-animation and live-action service provider, having worked on popular series including JoJo & Gran Gran and Love Monster for CBeebies, as well as recent special Furry Friends Forever: Elmo Gets a Puppy for Sesame Workshop.

A Productions also expects to invest in and benefit from Cyber Group’s new real-time animation pipeline, which was recently set up at the company’s Roubaix, France-based studio. In February 2021, Cyber Group secured an EpicMegaGrant to support this pipeline build, as well as the production of three new animated kids series using Unreal Engine.

In other recent growth moves, Cyber Group tapped former Disney exec Karen Miller and ex-Sony vet Merritt Farren last year to lead its new stateside business, thereby strengthening its development and acquisitions infrastructure and expanding its international presence. The US studio recently partnered with LA-based Grilled Cheese Media to develop a new preschool show called Yum-Yum. Prior to its US expansion, Cyber Group teamed up with Russian studio Soyuzmultfilm in 2020 to launch a joint production partnership focused on making preschool series for the Russian market.

Cyber Group currently has 10 series in production and 10 in development, spanning all age groups from preschool to young adults.