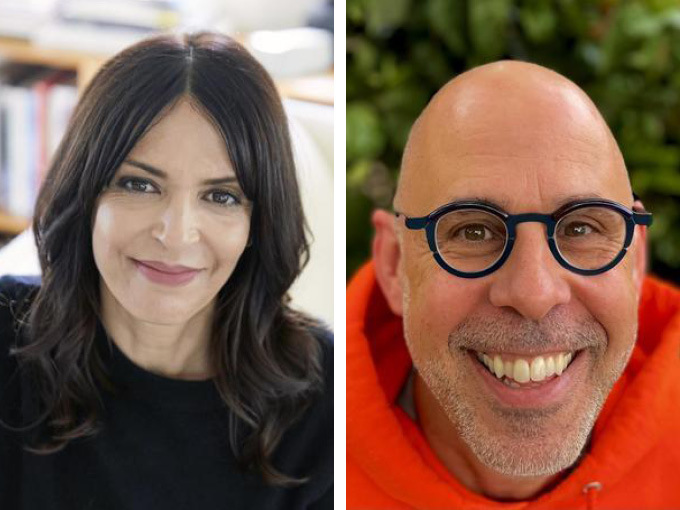 Eryk Casemiro now heads up animated series for Nickelodeon, while Illumination's Latifa Ouaou has been brought in to manage films for both Paramount and Nick.

Nickelodeon Animation has promoted Eryk Casemiro (pictured, right) to oversee toons for preschoolers and six to 11s as EVP of global series content.

Casemiro is now responsible for driving all series development and production for Nickelodeon Animation Studio. He joined the team in 2019 and most recently served as SVP of preschool. Reporting to Ramsey Naito, president of animation for Paramount and Nickelodeon, Casemiro will manage upcoming titles such as Tiny Chef and Rock, Paper, Scissors, as well as taking the lead on series strategy for Avatar Studios. Before Nick, Casemiro was chief creative officer at Zodiak Kids Studios (Kody Kapow) and Marathon Media (Get Blake).

As part of this team change, Claudia Spinelli moves from SVP of animation development to SVP of series animation for big kids. She’s now in charge of developing content for six to 11s, as well as current series for Nickelodeon. Spinelli will continue reporting to Casemiro in her new role.

The company has also hired former Illumination executive producer Latifa Ouaou (pictured, left) as EVP of movies and global franchises for Paramount Animation and Nickelodeon Animation. She will lead theatrical and streaming film content for both companies, starting with a portfolio that includes upcoming Point Grey co-production Teenage Mutant Ninja Turtles: The Next Chapter and the partnership with Spin Master on PAW Patrol: The Mighty Movie.

Based in LA, Ouaou also reports to Naito. Prior to joining ViacomCBS, she executive produced The Grinch and Minions: The Rise of Gru at Illumination. And she has also worked as a producer at DreamWorks Animation on the Shrek franchise and Puss in Boots.