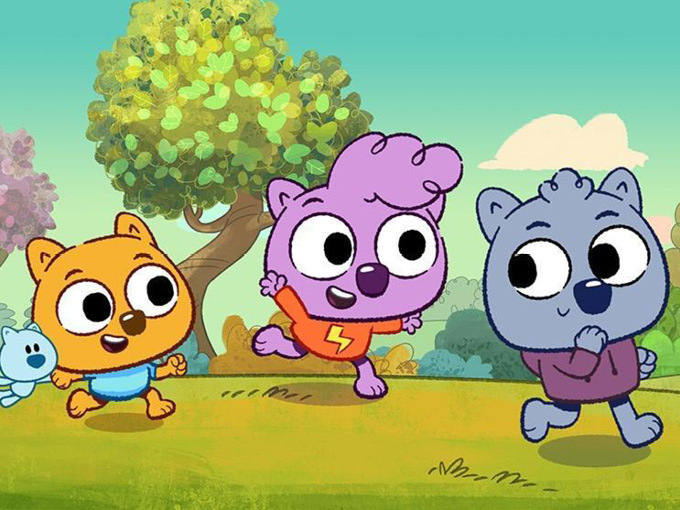 The new series from GBH Kids and Pipeline Studios uses a computer science curriculum to help preschoolers solve problems and express themselves.

PBS KIDS has greenlit Work it Out Wombats!, a new 2D-animated preschool series from GBH Kids (Molly of Denali) and Pipeline Studios (Alma’s Way) that’s set to premiere in early 2023.

Set in a fantastical animal world, the series stars a trio of spirited and creative marsupials (pictured) who share a treehouse apartment with their grandmother. Stories highlight concepts from computer science, such as sequencing and debugging, to show preschoolers how computational thinking can help them solve problems, express themselves and perform tasks.

The US Department of Education is funding the series, which will be developed under the auspices of the Corporation for Public Broadcasting and the PBS Ready To Learn initiative.

Brand extensions—including games on pbskids.org and the PBS Kids Games app, online learning resources for parents and caregivers available on the PBS KIDS for Parents website, and classroom materials for teachers—will launch in tandem with the series.

In other PBS KIDS news, the pubcaster is rolling out a special marathon from February 16 to 21 to mark the 25th anniversary and series finale of Arthur. It will feature more than 250 episodes and movie specials airing back-to-back on PBS KIDS’ 24/7 channel and livestream, as well as on the PBS KIDS YouTube channel. The final four episodes from the show’s 25th season will also premiere on PBS stations and stream for free on PBS KIDS on February 21.

Despite the show ending, new content for the Arthur brand will continue to launch this year and beyond, including a podcast from GBH Kids and Gen-Z Media, a book entitled Believe in Yourself: What We Learned from Arthur, shorts addressing timely topics for kids and families, and digital games.