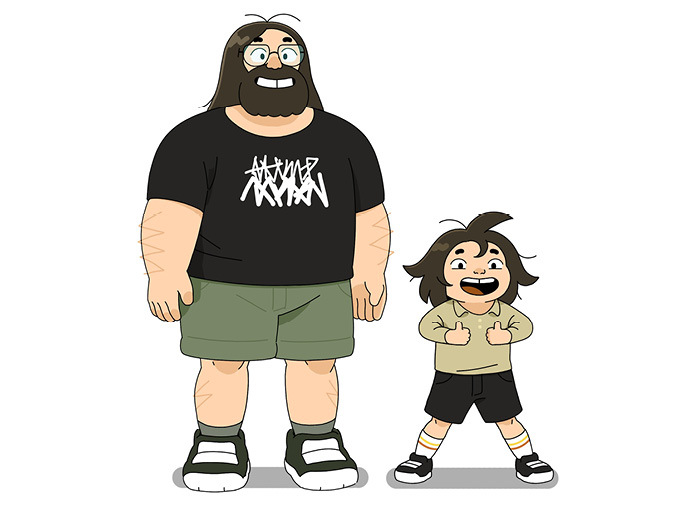 EXCLUSIVE: The Tiny Island creator is taking a more personal approach to Big & Ridiculous—a story inspired by his experiences becoming a step-dad.

New York’s Cookbook Media has teamed up with veteran writer and kids show creator Greg Grabianski to bring his latest concept to screens.

Big & Ridiculous, inspired by Grabianski’s experiences becoming a step-father, follows the adventures of kid-at-heart father and his energetic step-son. Envisioned as either a live-action or 2D-animated comedy for kids ages six and up, the show’s episodes will see Greg and eight-year-old Michael taking in things like comic book conventions and waterparks, where they have to work together when things inevitably go wrong.

Grabianski, who has written on Beavis and Butthead and Scary Movie 2 and created kids series such as Tiny Island for TeamTO, is taking a new approach to his work by bringing a more personal touch to the project.

“I’m known for my big and goofy style of humor, and I challenged myself with this project to bring it closer to home and focus on genuine relationships,” he says. “The characters in the show, like in my real life, blur the line between friend and parent.”

Cookbook and Grabianski have a script, pitch deck and designs in the can already. The series format hasn’t been finalized yet, but they’re looking at 11-minute episodes.

Cookbook has begun pitching the project, and buyers have already shown interest, says co-founder Claudia Scott-Hansen. Big & Ridiculous‘s character-driven story, and the lead character pairing of an adult and kid, should naturally generate co-viewing, she says.

Cookbook launched in 2020 and has inked deals to represent Canadian prodco Island of Misfits Media Ventures (Farm on Mars) and take dance brand Alvin Ailey into the kids space. With this latest Grabianski project, the company now gets to help tell a story that draws on real life and talks about the universal struggle of forming a new family, says Scott-Hansen.

“With Big & Ridiculous,I want to capture what it was like to suddenly and organically have a new new best friend who’s into the same nerdy things I am,” says Grabianski.