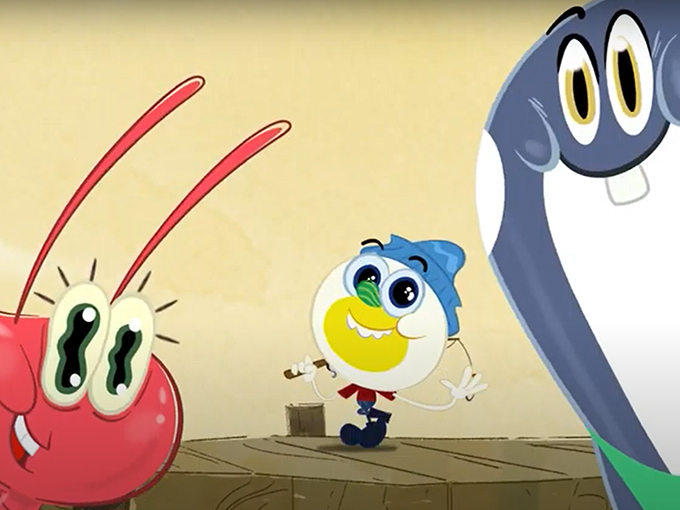 Ode to Joy: Want to stand out? Build a joyful slate

Studios are creating collections of cheery shows to differentiate themselves, appeal to international buyers and attract a co-viewing audience.

After nearly two years of lockdowns, social distancing measures and worrying statistics around anxiety and mental health, kids are looking for things that make them happy. In this new three-part series, Kidscreen is exploring the concept of joy—who’s demanding it, and how producers are delivering it. Today we look at what producers are putting into their pipelines to delivery this happy feeling.

Increased broadcaster and audience demand makes a strong case for ramping up the happiness in content, and some kidcos are responding by shaping their entire slates around delivering joy.

For Ireland’s Daily Madness, focusing on joy was a priority when it launched its first batch of projects in 2019/2020, says founder Lindsey Adams. The studio was so committed to delivering on happiness, it titled its slate “Joy,” and committed to making sure every project honed in on feel-good emotions by blending comedy with heart. The need to deliver happiness became even more important as the pandemic took hold and issues around racial justice swept the globe, says Adams.

Daily Madness’s first project—a 26 x five-minute series called Pins and Nettie about hedgehogs who learn to overcome their anxiety and find happiness in everyday moments—premiered on YouTube in April 2020 and was later picked up by broadcasters RTÉ (Ireland), Showmax (South Africa), YLE (Finland) and Hopster (UK) for October launches.

Rounding out its “Joy” slate, Daily Madness also recently produced an episode of RTÉjr’s To The Stars, a short-form anthology series celebrating female trailblazers. And it’s developing other projects including Big Tuna, starring a happy-go-lucky young girl who adopts a reformed criminal cat; and Goat Girl, about a girl raised by goats who learns to love who she is.

There’s a gap in the market for shows that deal in real joy, rather than simply showcasing characters who are just happy all the time, Adams says. The way she sees it, the key difference is that joy comes from characters overcoming struggles, learning and being allowed to feel sad until they achieve something that makes them feel better. The basic formula for joyful content is heart plus comedy equals joy, and being upfront that this is at the core of its slate has resulted in more service work deals for Daily Madness, as well as increased interest in its original IPs, adds Adams.

Putting joy front and center is also an easy way to give your content international legs, says Bruno Zarka, chief sales and marketing officer for India’s Toonz Media Group, because this universal emotion translates well in any language.

Toonz’s entire slate takes an optimistic and cheery approach to entertaining kids. For example, 2D-animated Li’l Santa is about a miniaturized Mr. Claus and focuses on lessons of friendship, happiness and sustainability. The 52 x one-minute animated co-production with K6 Media premiered in October on Canadian regional broadcaster Télé-Québec.

One of the Indian studio’s latest projects, Sunnyside Billy (pictured) was recently picked up by Spanish broadcaster Clan TVE for a 2023 premiere. This 2D-animated series for kids ages seven and up stars an egg on a dangerous mission to protect his friend. Everything from the show’s name to the character’s look and optimistic personality projects joy, which buyers and co-pro partners value, says Zarka.

Toonz is staking its distribution strategy on joy as well, recently announcing plans to launch an OTT channel and linear networks, both of which will be stocked with programs that are full of laughs, heart and excitement.

The prodco’s reputation for putting joy in its projects has also led to co-pro deals for projects like Kingdom of None with Finland’s Ferly and Daisy Dew Drop and the Rainbow Garden with LA-based Dreamdust Studios, says Zarka.

A joyful slate also provides a shortcut to grabbing a co-viewing audience because parents are quicker to check out a show if it’s going to make the whole family feel good, Zarka adds. “Families all over the world are watching so much content together now, you need to think about what [they will all] embrace, and that is happy endings and hope.”