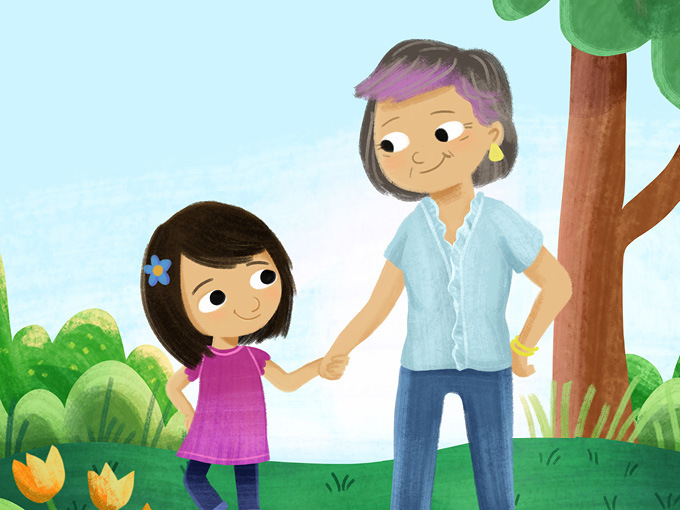 Snow Rose Media goes on adventures with GG & Me!

EXCLUSIVE: The company's first project will focus on mindfulness and family with an environmental twist, says founder Sharon Gomes.

In development now, the 2D-animated series (52 x 11 minutes) tags along with a spirited six-year-old girl who leaves the city every Saturday to meet up with her equally energetic grandmother in the countryside. GG & Me! was inspired by Gomes’ upbringing in Singapore, and particularly the fun she had visiting her own grandmother, Gladys, outside the city on weekends. (Gomes immigrated to the US for work 25 years ago.)

Mindfulness and kindness are at the heart of the show, but elements that touch on environmental awareness are folded in as well. In each episode, Lilly and GG face a challenge stemming from the natural world around them—from trying to figure out why the local tea shop has run out of honey, to helping to save the local dolphin population. Then after reflecting on how to proceed using simple mindfulness techniques like breathing and sitting still, the duo embarks on a fantastical journey to solve each problem using eco-friendly transportation options like scooters, hang gliders and bicycles.

GG & Me!‘s show bible is complete, and four story concepts have been drafted. Gomes is hoping to move into animatics and scripting with some help from another prodco or distributor, and delivery is pegged for late 2022 or early 2023.

This marks the first show for Snow Rose, which Gomes founded in 2020 following her departure from Litte Airplane, where she most recently served as VP of development. While there, she won multiple Emmy Awards for her work on The Wonder Pets and 3rd & Bird.

Gomes co-created GG and Me! with early childhood education expert Danielle Lindner, the founder of a renowned enrichment-based preschool in New Jersey called the London Day School. And artist and art director Cassandra Berger has signed on to develop the show visually.

Assembling an all-female development team for GG & Me! aligns with Snow Rose Media’s commitment to diversity and inclusion, says Gomes. “I made a very conscious decision to work with other strong women who are self-starters and have their own businesses,” she explains. “And because the show is about Asian characters, I would love for an Asian female production team to be involved if possible.”

When asked about the future of Asian and Pacific Islander (API) representation in kids programming, Gomes says there could be a lot more, but content should focus on specific groups.

She points to Sesame Workshop’s new Korean American Muppet Ji-Young as a great example of how to get representation right. “They created a new Muppet that is very specific, and the puppeteer is Korean American, too. I hope there can be more characters like this in kids programming.”