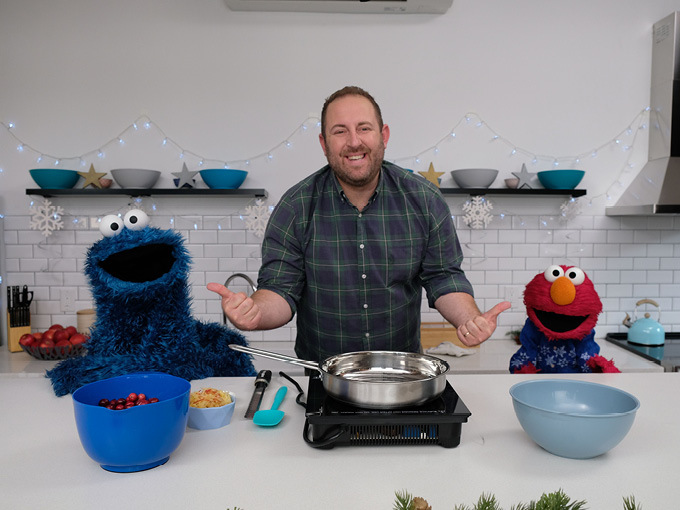 Just in time for the holiday season, Sesame Workshop has teamed up with American mobile app and website Yummly to create a limited sereis of cooking videos.

The four episodes will see Sesame Street characters Elmo and Cookie Monster host holiday-themed cooking lessons with celebrity chef Joel Gamoran, and they will stream on Yummly.com and the Yummly mobile app.

Yummly is a digital platform that provides customized recipe recommendations and cooking resources to its users.

Popular Australian show Bluey is expanding its reach into Italy and Greece. The show will make its Italian debut on December 27 on Rai Yoyo, but its Greek launch date on pubcaster ERT was not available at press time. Distributor BBC Studios also plans on rolling out an Italian-language YouTube channel in January that will feature clips and bonus content from the series.

Produced by Australia’s Ludo Studio and co-commissioned by BBC Studios and ABC Children’s, Bluey has become one of the most-watched TV series by kids ages two to five on Disney Channel and Disney Junior, according to BBC Studios.

Cloudco has also pre-sold the second season to Super RTL (Germany) and Family Channel (Canada). Currently in production, season two is on track to deliver in June 2022.

UK pubcaster CBBC and France’s Gulli commissioned the series about a weird blended family back in 2018. Boy Girl Dog Cat Mouse Cheese targets kids ages six to 12, and Cloudco co-produces it with France’s Watch Next Media and Ireland’s Kavaleer Production.

Canada’s Epic Storyworlds is investing an undisclosed amount in HUGE! Play’s GameBud technology. The funding will support an expansion of the toyco’s product range featuring the tech, which operates like a virtual assistant, reacting to gameplay and voice commands given via the free GameBud app. The plan is to license  new brands and characters for the line, while continuing to develop the tech itself.

Epic and HUGE! Play previously partnered on a Talking Tom-branded toy that connects to mobile apps such as Talking Tom Hero Dash and responds to kids’ voice commands.