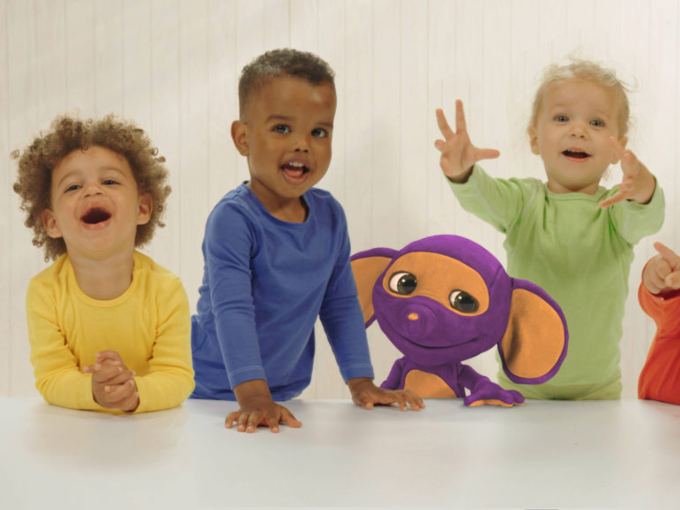 NRK's toddler series signs a distributor, Miraculous launches VR experiences, and the Care Bears get into the NFT game.

The London-based distributor has picked up international rights to The Mini Kids (pictured), NRK Super’s live-action series for the zero to three set. Commissioned and produced by Norway’s pubcaster, the show features footage of real toddlers mixed with animation and music. Its first two seasons (16 x 17 minutes) aired between 2019 and 2020, and a third (12 x 17 minutes) is on track to deliver in summer 2022.

Brazil’s Pacotinho Filmes and Belli Studio have inked a deal to have the London-based distributor represent their comedy series Boris & Rufus in EMEA and Asia. Disney Channel LatAm greenlit the show in 2018, and it now spans two 26 x 11-minute seasons and two Christmas specials. Boris & Rufus is about the hijinx that ensues when a cranky dog, an excitable ferret and an internet-famous cat are left at home alone. Aimed at four to sevens, it has already been picked up by Disney Channel Russia, Televisa (Mexico) and SBT Play (Brazil).

Banking on the return of live events, the LA-based prodco has teamed up with Planeta Junior and Madhouse to create VR experiences based on Miraculous: Tales of Ladybug and Cat Noir.

The companies have already created three branded experiences that launched in Spain last month. The first  is a VR escape room where kids have to solve a series of tests and puzzles to free the brand’s characters. And Madhouse also launched a VR labyrinth that lets kids explore the Eiffel Tower and stop a supervillain from attacking the city, as well as a real-life obstacle course designed for five- to 12-year-olds.

The Care Bears IP owner has inked a multi-year deal with RECUR to create NFTs based on the classic brand. A first range of these unique digital tokens—which fans will be able to buy, collect and trade—are due out in the first half of 2022. This is the second kids deal that RECUR has signed in recent months; in October, it partnered with ViacomCBS to turn brands including Nickelodeon’s properties into tokens that will also roll out next year.

On December 9, the NFT-maker plans to launch a digital platform to showcase its entire virtual collection, which also includes tokens from Hello Kitty, Rugrats and Teenage Mutant Ninja Turtles.