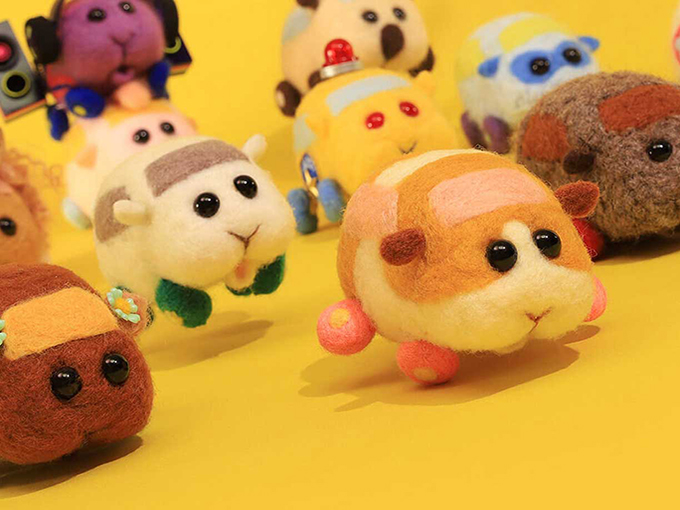 MGA will develop toys and a licensing program covering vehicles, apparel, electronics and accessories for the preschool-focused brand that will launch worldwide in summer 2022.

Centering around a group of guinea pigs who are turned into vehicles, Pui Pui (12 x eight minutes) premiered in January on TV Tokyo,  followed by a North American launch on Netflix in March.

The e-commerce giant’s kids platform is focusing on financial literacy for three- to 12-year-olds in a new deal with Greenlight Financial Technology.

Under the agreement, Amazon Kids+ users can sign up for a free one-year subscription to the Greenlight Plan, which will teach them the basics of saving and investing.

Education around personal finance is rare in schools, and the pandemic—which has had a big impact on family finances—has led to an increased demand for resources that teach kids about managing their own money.

ON Kids & Family has tapped the London-based consulting firm as its UK licensing agent for animated adventure series Petronix Defenders.

The 52 x 13-minute show for four to sevens is in production now and set to launch in 2023. It’s the first upper preschool/family co-viewing title  from ON Kids & Family, which has historically focused on entertaining the six-to-10 demo. Petronix Defenders stars a team of young superheroes with magical backpacks who are on a mission to protect the world’s animals. The UK’s Tiny Pop, Germany’s Super RTL, France’s Gulli and M6 have already picked up the show.

Master toy partner Alpha will launch a first range of toys worldwide in time for Christmas 2023. No additional details on which categories bRAND-WARD plans to focus on were available at press time.

ON Kids & Family has already set up a handful of licensing agents for the property internationally, including Planeta Junior (Eastern and Central Europe), Megalicense (Russia and Ukraine), Plus Licens (Nordic countries) and Super RTL (Germany).