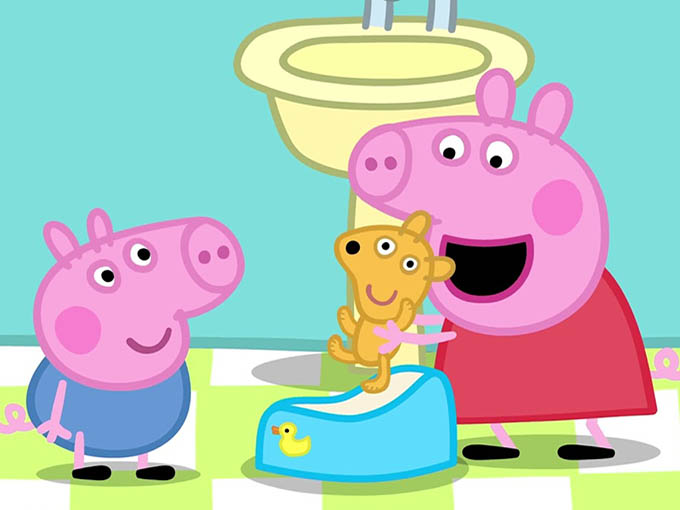 The early education initiative will kick off with an app in 2022, before expanding with an 80-title publishing range and plans for interactive experiences.

As part of its new “Learn with Peppa” program, Hasbro is focusing on early education with a Peppa Pig learning app and new publishing efforts.

Developed in house and set to launch in 2022, the learning app is designed for kids ages three to five, and will feature educational activities with a focus on reading, writing, exploration and creativity.

The program will then expand in January 2023 with books from Penguin Random house imprint Ladybird hitting shelves in English-speaking markets outside of North America. The initial range will encompass roughly 80 titles, including novelty, board and activity books. Ladybird also manages publishing rights in several other languages.

The app and books are meant to be complimentary so that kids can enjoy them together or separately, although details about how they would sync up was not available at press time. Moving forward, Hasbro plans to expand the “Learn with Peppa” program to include additional content and interactive experiences.