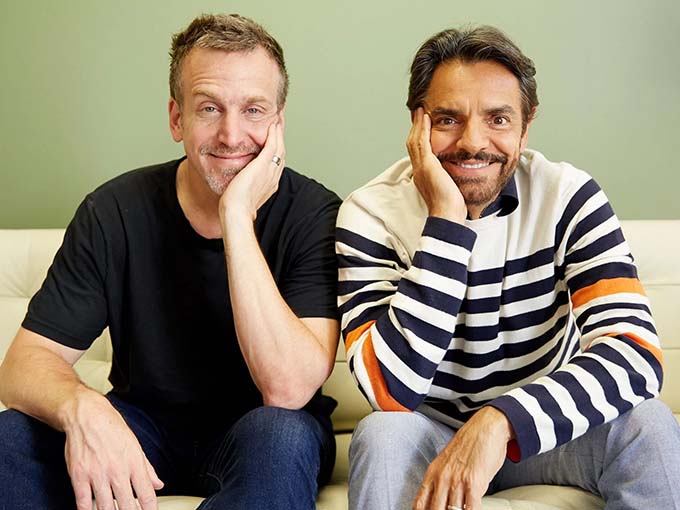 The first IP to come out of the collaboration will encompass an animated series, consumer products, publishing and interactive experiences.

This deal marks the first foray into children’s entertainment for 3Pas, which was founded in 2014 by actor/director Eugenio Derbez (pictured right) and Ben Odell (pictured left).

The first project to come out of the collaboration centers around a confident, street-smart boy who unwittingly gets into sticky situations, and then must rely on his humor and wits to get out of them. Encantos and 3Pas are planning to develop the concept into an animated series, consumer products, publishing and interactive experiences for the Encantos app. Derbez and Odell will serve as executive producers, along with Susie Jaramillo and Steven Wolfe Pereira from Encantos.

3Pas is best known for adult-targeted content including half-hour comedy Acapulco on Apple TV+; unscripted series De Viaje Con Los Derbez and LOL on Amazon in Latin America; and feature films such as Overboard and How to Be a Latin Lover.

And Encantos has been busy building up its platforms lately, releasing a Storyteaching app in October that lets kids create and edit their own content. The company also partnered with Masked Republic earlier this year to develop a new IP inspired by lucha libre wrestling.