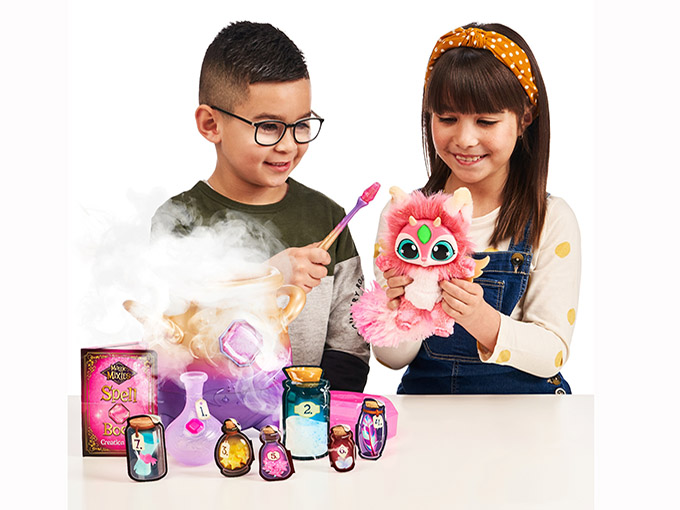 The agency will be on the hunt for publishing, apparel and accessories partners for the interactive toy brand at BLE later this month.

Moose Toys has appointed UK-based Bulldog Licensing to represent its hot new Magic Mixies interactive toy brand in the UK and Ireland. Bulldog plans to start building its consumer products program for the IP at Brand Licensing Europe later this month, and is initially looking for publishing, apparel and accessories partners.

This new deal expands on an existing partnership between Moose and Bulldog, which is already handling the Australian toyco’s Treasure X and Shopkins brands.

Magic Mixies are interactive toys that come with a cauldron, wand, spell book and ingredients to mix up a magic potion. After filling the cauldron with water, kids are prompted to add the ingredients—which foam and bubble—to reveal a completely dry Mixie creature that reacts to touch as well as the magic wand.

Since launching on October 1, the toys have become Moose’s highest-grossing line in terms of weekly sales. The toyco announced plans to ink licensing agreements for Magic Mixies last week, and is aiming to have a first range of licensed products on shelves in time for the 2022 holiday season. The consumer products program will launch in North America, Australia and the UK first, before rolling out worldwide.