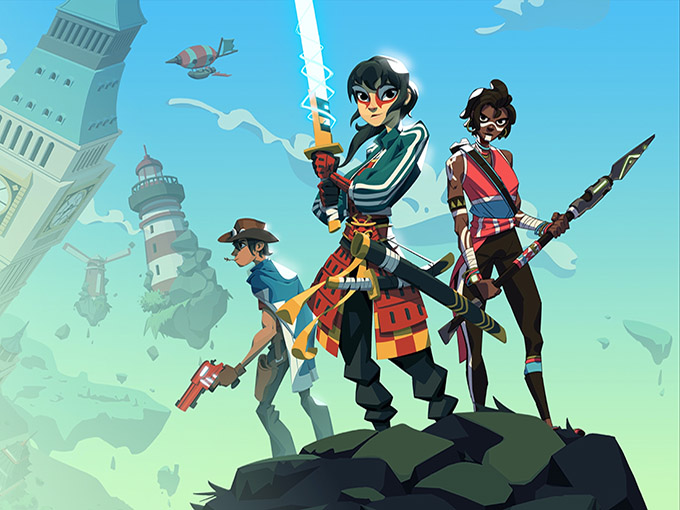 Consumer products inspired by YTV are on the way, DDE wins a second Epic grant, and Timbaland is making his way into kids content.

Nelvana and YTV, both owned by the Canadian media company, have partnered with clothing company Retrokid to launch a new collection for YTV x Retrokid Keep It Weird. Rolling out on November 17, the apparel range includes hoodies and shirts featuring retro-inspired logos for YTV series like UH-OH and You Can’t Do That On Television.

A limited number of hats inspired by YTV’s Camp Cariboo are also available, with all net proceeds being donated to the Kids in Camp program that helps send children to summer programs. The entire collection will be available exclusively through Retrokid’s website, with shipping available across the US and Canada.

The Montreal-based prodco has received its second Epic MegaGrant to integrate Epic Games’ Unreal Engine technology into its animation workflow and create a production pipeline centered on real-time rendering, which allows for live updates.

This latest funding will be used to enhance production on shows like Aiko and the Masters of Time (pictured). Produced by DDE subsidiary Saturday Animation Studio, the 10 x 22-minute series is expected to deliver in spring 2023.

The Toronto-based animation studio is ready to march to the beat of its own drum through a new partnership with music producer Timbaland. The prolific R&B/hip hop artist and his Beatclub team will create the theme song for Guru’s new show Big Blue, which sees two siblings embark on underwater adventures together.

Developed by CBC Kids and created by Guru designer Gyimah Gariba, Big Blue targets kids ages five to nine. It’s set to premiere on CBC Kids and CBC Gem on December 4, and has also been picked up by Nickelodeon (UK), ABC Me (Australia), CTC Kids (Russia) and NRK (Norway).