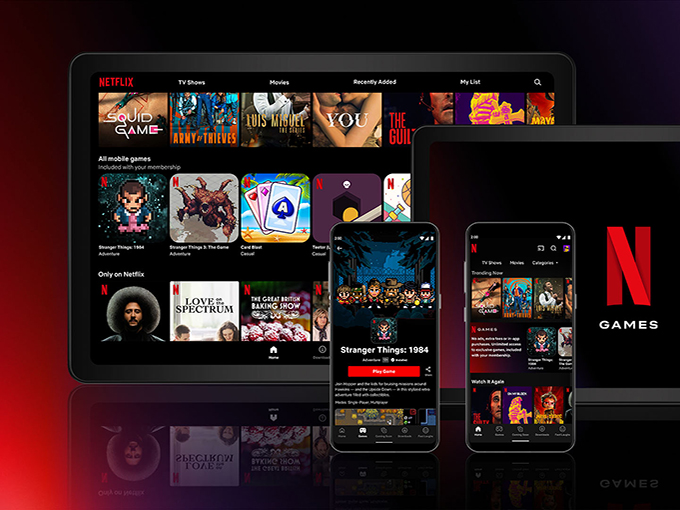 Five new titles are now available globally to Android users—and the streamer plans to eventually build a library that appeals to all gamers.

Netflix is leveling up on its mission to build out a robust gaming catalogue with the global launch of five new mobile titles today.

Available now on Android devices, the latest additions include Shooting Hoops (basketball) and Teeter Up (puzzle) from Frosty Pop; Card Blast (puzzle) from Amuzo and Rogue Games; and Bonus XP’s Stranger Things: 1984 and Stranger Things 3: The Game (retro-style action-adventure), which had already been announced.

Netflix confirmed to The Verge and several other outlets that an iOS rollout is on the way, but there was no information at press time on when that would be.

All five games can be found on a dedicated tab in the Netflix mobile app, and will be available to streaming subscribers at no additional cost. They come without ads and in-game purchases, they are not yet available on kids’ profiles, and they will be blocked if parents have set restrictions on grown-up content.

According to a release, Netflix is working towards offering game titles that appeal to all levels of players, including avid gamers and casual players.

The streamer unveiled plans to get into gaming in July during its Q2 earnings report, and began beta-testing its Stranger Things titles in Poland the next month. This strategic move follows an increased focus on interactive specials such as We Lost Our Human and Battle Kitty, where viewers decide what happens next in the story.