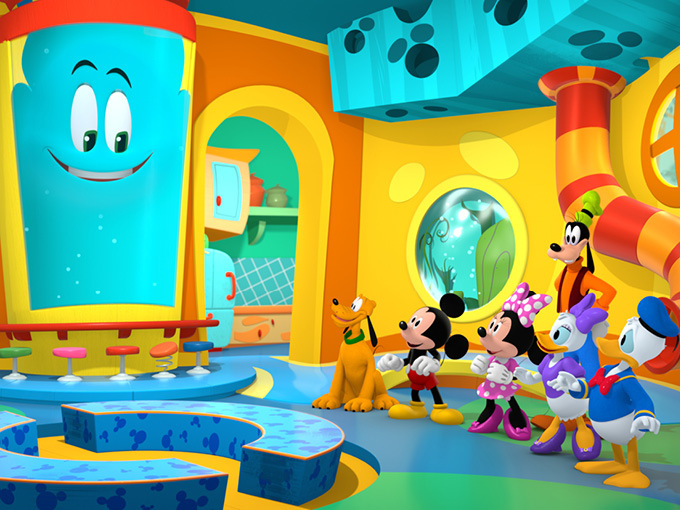 Disney Junior is banking on its mascot, and has ordered a second season of Mickey Mouse Funhouse (pictured). The 30 x 22-minute preschool series is set in and around a playhouse that helps Mickey and his friends learn about friendship and creativity through magical adventures. No launch date was set at press time. Season one (30 x 22 minutes) first premiered on Disney Junior in August, and will roll out on Disney+ starting November 10. Disney Television Animation produces the comedy, with Phil Weinstein serving as EP and supervising director and Thomas Hart as co-executive producer and supervising story editor.

Canada’s Corus Entertainment has greenlit a fourth season of Nelvana, Spin Master and TMS Entertainment’s anime adventure Bakugan. The new season Bakugan: Evolutions (26 x 22 minutes) will premiere on the Corus-owned kidsnet TELETOON (Canada) and its OTT channel STACKTV in early 2022. The action show follows kids who battle alongside powerful monsters to protect the world. Originally launched in 2007, Spin Master, Nelvana and TMS rebooted the brand in 2018 with Bakugan: Battle Planet for Cartoon Network.

Chinese broadcaster Youku Kids has ordered three new seasons of preschool series Tina & Tony from Russian studio Riki Group. Alibaba-owned Youku Kids will co-produce seasons three to five of the 2D/3D-animated show, with the third premiering in July 2023. Each will have 52 x five-minute episodes, bringing it up to a total of 260 episodes. In the series, a baby hippo and elephant explore the world and learn about good behavior. It premiered on Youku Kids in 2018, and last year Epic Story Media acquired the North American distribution rights.

UK broadcaster Channel 5 has given 2D-animated Daisy & Ollie a 26 x seven-minute fifth season, which will premiere next year. The broadcaster also signed a five-year deal with Daisy & Ollie’s producer Hoopla Animation to continue airing the show’s first four season on its preschool block Milkshake! The renewal brings the series, which premiered on Cartoonito in 2017, up to a total of 130 episodes. The show focuses on two friends who ask different questions in order to learn new things.