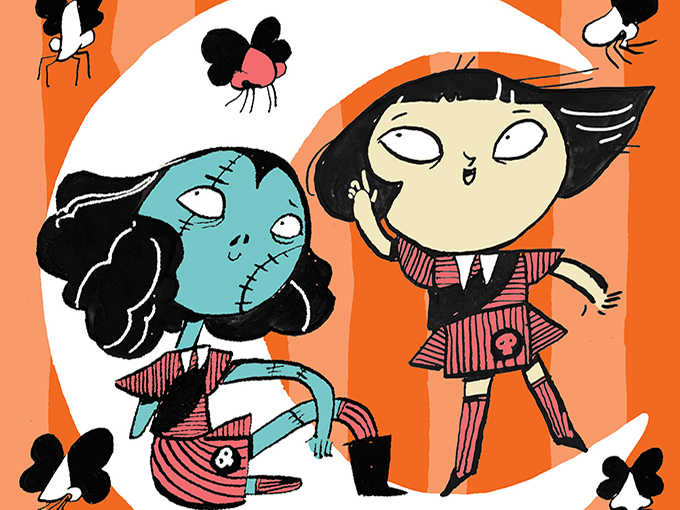 Adding another book adaptation to its slate, the fledgling prodco is looking for a co-production partner and head writer before bringing the series to market in 2022.

Getting into the Halloween spirit, Birmingham-based Threewise Entertainment has optioned kids book series Ghost Scouts to adapt into an animated show.

Ghost Scouts will revolve around a young girl who accidentally joins a summer camp full of monsters and ends up making friends and standing up to the camp’s mean management. The number of episodes and their length hasn’t been finalized yet, according to a spokesperson for Threewise.

Threewise is in development on the project and plans to bring it to market next year. Before that can happen though, the prodco is looking for a co-production partner to animate the series, as well as a head writer.

Written by Taylor Dolan, the first of the three books (pictured) was published by UK publisher Guppy Books in 2020. No sales data for the five- to 12-skewing books was available at press time.

This is the fledgling prodco’s third book adaptation. It is in the works on 2D-animated comedy The Weatherbies based on Yvonne Fleming’s books and the 52 x 11-minute Unlucky Chucky, an adaptation of Andrew Norris’s book The Unluckiest Boy in the World.  Threewise launched last year and is also producing the live-action adventure Taylor’s Island (20 x 22 minutes) with Nickelodeon and Fremantle.