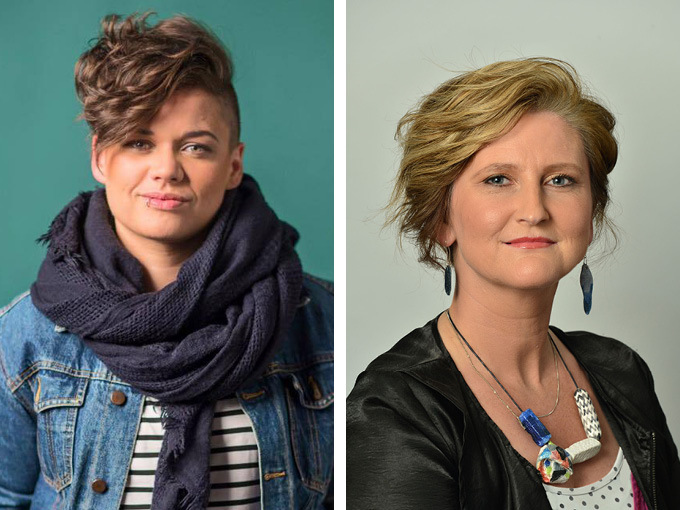 The pubcaster has hired Margaret Ross and Jo Boag, and has greenlit factual kids show Built to Survive.

Australian pubcaster ABC has hired two new executive producers for its kids team to help grow its slate, kicking off those efforts with the acquisition of Butter Media’s Built to Survive.

SLR Productions’ creative director Jo Boag (pictured right) will join the pubcaster in the newly created role of executive producer of animation. Boag worked for 15 years at the Aussie animation studio SLR Productions where she oversaw its shows including Space Nova, I Got A Rocket and Lexi & Lottie: Trusty Twin Detectives. Boag starts in the new role November 1, and will report to Mary Ellen Mullane, the managing editor of ABC Children’s commissions.

Starting on November 8 and also reporting to Mullane, Margaret Ross (pictured left) has been hired as ABC Children’s new executive producer of factual and scripted content. Formerly an executive producer for the ABC Indigenous team, she belongs to the Dhungutti/Gumbayngirr Indigenous group from Northern New South Wales. In her previous role, Ross was executive producer for All My Friends are Racist and Preppers. She also developed the social media and digital brands of programs, such as Aussie Rangers and Black As.

Both are tasked with growing the Australian broadcaster’s slate of children’s programming and supporting the Australian production sector. With that goal in mind, ABC has picked up Aussie prodco Butter Media’s first kids show Built to Survive.

In the 10 x 30-minute live-action adventure, biologist Phil Breslin (Wild Survivor) explores some of Australia’s most dangerous environments in search of the unique creatures, like red kangaroos and giant crocodiles. The seven- to 12-skewing factual series will premiere in 2022 on ABC Me and its VOD platform ABC iView. Nonprofit Australian Children’s Television Foundation is handling its worldwide distribution.

Butter Media has made a name for itself with its factual shows, which are often family friendly, such as the three-season Outback Wrangler for National Geographic. But Built to Survive is its first commissioned series specifically for kids, Jerry Butterfield, CEO and executive producer of Butter Media, told Kidscreen. The episodes will stand out from other similar shows through a blend of action and host Breslin’s own childlike curiosity, Butterfield said.

Built to Survive is a chance to connect kids with nature, while informing them about some of the lesser-known creatures in Australia, added Breslin.

“Australia is an extremely biodiverse continent and while we are famous for our deadly animals, there is much more to Australian wildlife than the infamous bites and stings,” he said. “I am looking forward to bringing some incredible landscapes and some very close and unique wildlife encounters into the family living room.”