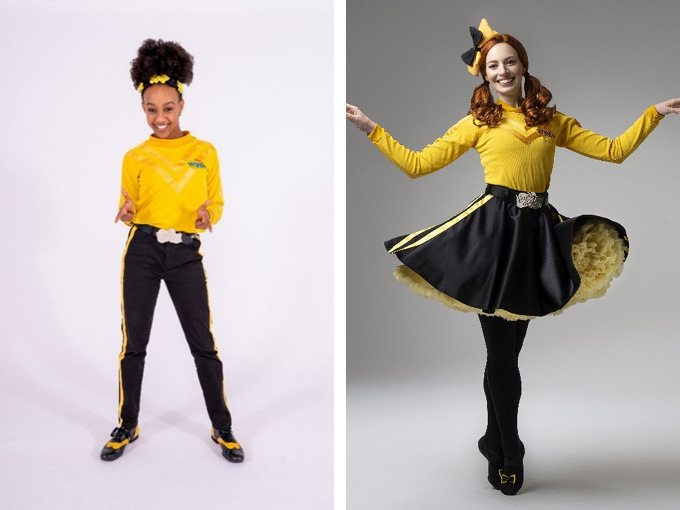 Emma Watkins is leaving after more than a decade, and she'll be replaced in 2022 by 15-year-old Ethiopian dancer Tsehay Hawkins.

After more than a decade, Emma Watkins (pictured right)—the first female member of The Wiggles—is set to retire at the end of the year. Replacing her as the yellow Wiggle is Tsehay Hawkins (pictured left), who joined the group in August as its youngest and first Black member.

Watkins originally joined the group in a supporting role in 2009, and she didn’t officially become the yellow Wiggle until 2013. During her time with the band, she has starred in multiple shows, music videos and specials, including Virtual Summer Camp with The Wiggles and Rascal + Friends and The Wiggles: Fruit Salad TV.

Watkins’ successor is 15-year-old Ethiopian dancer Hawkins, who will join core members Anthony Field, Lachlan Gillespie and Simon Pryce when The Wiggles return to touring in North America next year.

The Wiggles has traditionally been an all-white group, although several people of color have recently been added to its support cast as part of a shift to engage kids from all cultures, a spokesperson told Kidscreen. Hawkins made her debut with the group earlier this year as part of this support cast in YouTube series Fruit Salad TV.

Known for songs such as “Fruit Salad” and “Do the Propeller,” The Wiggles have sold more than 30 million albums/DVDs and eight million books worldwide, according to the spokesperson. In recognition of its 30th anniversary this year, the band has put out plenty of new content, including music videos with Sesame Workshop and a first interactive series in partnership with Hellosaurus.