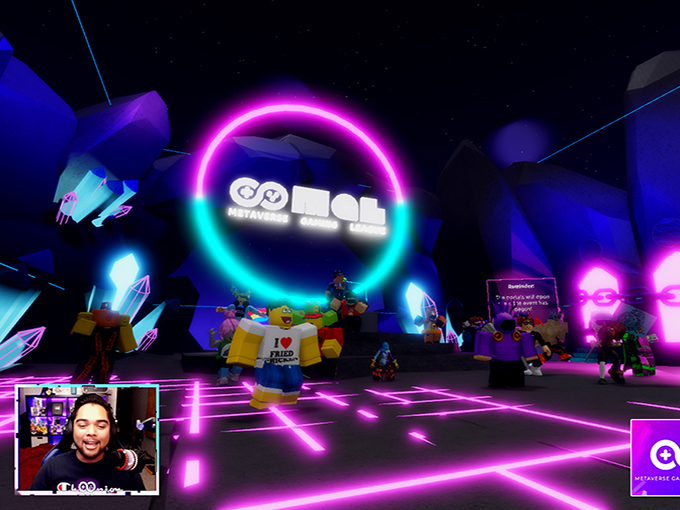 The Metaverse Gaming League will create sponsored events in platforms like Roblox, while also helping the company gain new insights into kids.

Dubit is taking a new step into the world of Roblox with a gaming program to tap into kid interest in eSports and virtual events.

The Metaverse Gaming League (MGL) is a newly launched competition series featuring branded live-streams with influencers. In each event, kids play different games in Roblox and can claim prizes on the MGL website. While the research firm has been quietly running weekly events since July, it officially launched this month.

Companies and brands including L.O.L. Surprise! and GoNoodle are able to sponsor the Roblox or branded game streams, while players compete to earn big prizes. The events are streamed on Twitch, YouTube and TikTok, and after the competition ends,  its videos will live as evergreen content on social channels, says Dubit co-founder Matthew Warneford.

The program will also provide valuable  insights to the UK-based research and devel- opment firm and create a new touchpoint for  clients looking to reach kid audiences. Hosting an event where players can interact with content featuring influencers they recognize makes the league a more interactive marketing tool than just making an ad or putting a game online, Warneford says.

Roblox has more than 165 million active monthly users, and in a recent Dubit survey, 55% of nine- to 12-year-olds in the US said they had played on the platform at least once over the course of the week. And  one in five two- to 15-year-olds said they had found new brands in the games they played—which is better than advertising online or in movie theaters.

By the end of year, Dubit’s goal is to run daily events, creating a destination that kids check frequently for new content and gaming opportunities. Warneford says the long-term plan is to grow the league beyond Roblox, so Dubit is  working on creating versions of the competition that can live on platforms like Fortnite Creative and Manticore, where kids can play and also build their own games.

“MGL taps into kids’ desire to have fun and gives brands a way to reach them that’s more exciting for the users.”