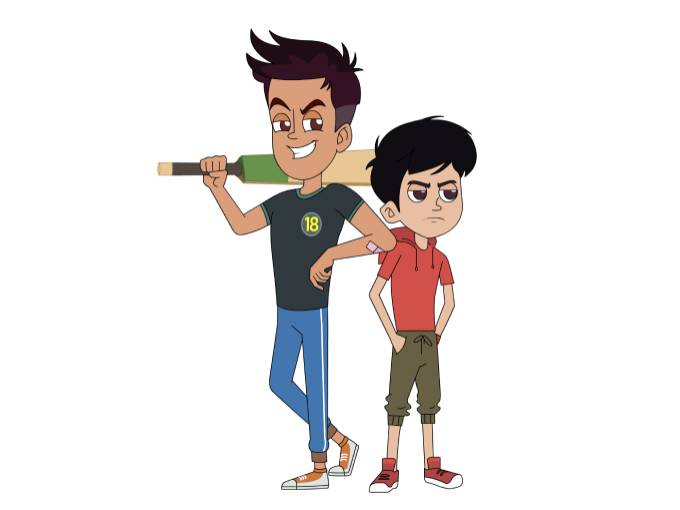 Moonbug and Digital Television Russia expand their reach in LatAm, ViacomCBS invests in NFTs, and Guru and Epic Story Media touch down in China.

Moonbug Entertainment has announced an extended partnership with WarnerMedia Latin America that will see Blippi, Morphle, Little Baby Bum and Mia’s Magic Playground launch on HBO Max throughout the region. The agreement includes more than 230 episodes that will be available in Spanish and Brazilian Portuguese.

Digital Television Russia Group is also focused on expanding its reach in Latin America, and has partnered with HBO Max to launch Be-be-bears, Cutie Cubies and Leo & Tig there. Commissioned by Digital Television Russia and created by Parovoz Studios, the three animated series have been translated into English, Spanish and Portuguese. Be-be-bears previously premiered on HBO Europe in territories including the Czech Republic, Slovakia, Hungary, Poland, Serbia and Bulgaria.

A strategic partnership with non-fungible token (NFT) company RECUR will see ViacomCBS launch a platform this spring where fans can buy, collect and trade NFTs inspired by its IPs. It’s part of a multi-year agreement and employs a chain-agnostic approach—meaning the platform will be built and operated from various underlying blockchain technologies, allowing for more flexibility and increased interaction between different ledger technologies. There was no information at press time on what brands are to be included in the initial run.

But it’s not all about NFTs. Nickelodeon is also launching its 11th homegrown IP in India. Chikoo aur Bunty (pictured), a comedy focused on the relationship between siblings, will premiere on Nick on October 18. And the broadcaster has partnered with Belgian Waffles, Smoking Joe’s and New York Burrito Company to launch special meals inspired by the show’s episodes in India.

Guru has appointed Reesee Entertainment as the licensing and media agency for its preschool series Pikwik Pack in China. On the licensing front, Reesee will focus on inking deals across toys, apparel, publishing, accessories and games. The series has already been picked up by regional streaming platforms including Tencent and Youku, as well as OTT providers such as Xiaomi, Haixin, Kukai and TCL. Pikwik Pack will premiere in China next month, with consumer products launches set to to follow.

Additionally, Epic Story Media is partnering with Reesee Entertainment for Hailey and the Hero Hearts. Reesee will launch an expansive toy line in the region inspired by the 26 x 11-minute animated series. Hailey and the Hero Hearts targets girls ages four to eight and is currently available on more than 40 linear and digital platforms in China since premiering this summer.

The Sydney-based company has inked several distribution deals in Australia for its new movie Alice-Miranda—A Royal Christmas Ball. The sequel to 2019′s Alice-Miranda Friends Forever bowed on OTT streaming service Stan today and will be broadcast on free-to-air multichannel 9GO! in December.

Targeting kids ages six to nine, Alice-Miranda—A Royal Christmas Ball is distributed by ABC Commercial locally and by ZDF Enterprises internationally. Penguin Random House will also release five books connected to the movie in November, including a diary, a book of paper dolls, the official movie script and an activity book.