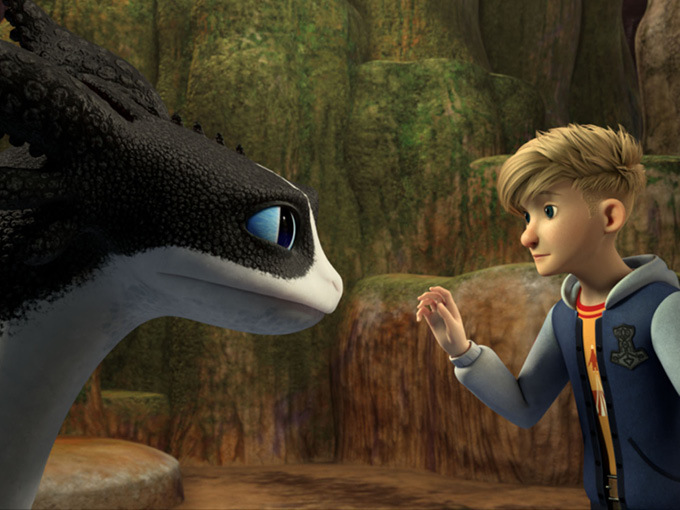 Set in modern times, DreamWorks Animation's Dragons: The Nine Realms will drop simultaneously on both streamers on December 23.

NBCUniversal streamer Peacock and Disney-owned Hulu are modernizing the How To Train Your Dragon franchise with a new spinoff from DreamWorks Animation called Dragons: The Nine Realms.

Premiering simultaneously on both SVODs on December 23, the six x 22-minute toon (pictured) is set 1,300 years after the origin story featured in 2010 film How To Train Your Dragon. It’s set in a scientific research facility, where a group of outsider kids discovers the truth about where dragons have been hiding all these years. The Nine Realms is showrun by John Tellegen (Dragons: Rescue Riders), who is also executive producing with Chuck Austen (Dawn of the Croods) and Henry Gilroy (Star Wars Rebels).

The CG-animated series is the second new How to Train Your Dragon spinoff Peacock has picked up in less than a month; it also recently acquired Dragons Rescue Riders: Heroes of the Sky. The franchise’s first TV series, Dragons Rescue Riders, targets preschoolers and premiered on Netflix in 2019.

Other DreamWorks projects Peacock and Hulu have picked up for simultaneous release include The Croods Family Tree, The Mighty Ones, Madagascar spinoff A Little Wild and Trolls-inspired TrollsTopia. Many of these shows were originally set to launch exclusively on Hulu as part of a larger deal it signed with DreamWorks in 2018.