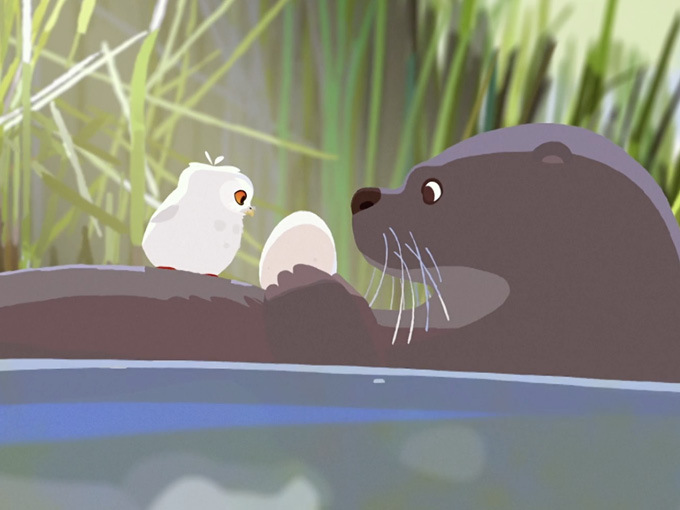 MIPCOM news you can use

The deals are flowing in Cannes this week, including plenty of acquisitions, Superprod's first deal with Nick International and Atlantyca's foray into live action.

MIPCOM and MIP Junior are in full swing this week, and industry news is coming in steadily as companies reconnect in person and online. Check out this Kidscreen roundup of all the hot deals happening at market, and shows that are getting lots of attention from buyers.

Nickelodeon International has picked up French studio Superprod‘s CG-animated series Anna & Friends to air in APAC (excluding China), Europe, MENA and LatAm in 2022. Co-producer France Télévisions originally greenlit the 78 x seven-minute preschool show, which centers around a six-year-old and her animal friends finding joy in everyday activities, like baking a pie and having a dance party. Belgium’s Digital Graphics Animation is also co-producing, and production is on track to wrap at the end of 2021. Distributor Superights brokered the deal,its first with Nickelodeon International.

Italy’s Atlantyca Entertainment (Geronimo Stilton) is expanding into live action for the first time with Snow Black, a 10 x 30-minute series for eight to 14s about a young detective who gets trapped in the online world and must find a way to connect with her siblings in order to escape. Produced by Atlantyca, Rai Ragazzi and Bedeschi Film, the show is set to premiere on Italian channel Rai Gulp in February 2022. Snow Black is based on an Italian book of the same name by Francesca Tassini and Mario Pasqualotto. Rai and Atlantyca are handling international distribution and looking for broadcast partners outside of Italy.

Nine new broadcasters are going on a colorful journey with the acquisition of Toronto-based Guru Studios‘ True and the Rainbow Kingdom. Clan RTVE (Spain), Carousel (Russia), WarnerMedia Boomerang (France and Africa), Mediacorp Okto (Singapore), EBC YOYO (Taiwan), TG4 (Ireland), Spacetoon (Middle East), Channel 4 (Finland) and Pixel (Ukraine) have all picked up the 35 x 22-minute preschool show that Netflix premiered in 2017. Animated in CG, it’s about a magical girl who uses her powers to help the citizens of her brightly colored world.

Adding a supernatural twist to the buddy comedy genre, TF1‘s kids programming block TFOU has signed a development deal with Media Valley and Belvision for animated adventure series Louca. The 26 x 22-minuter stars an unpopular teen whose life changes when he realizes he can see the ghost of another student, who helps him make friends and mature. Aimed at six to 10s, the series is an adaptation of a same-name French comic book series by Bruno Dequier.