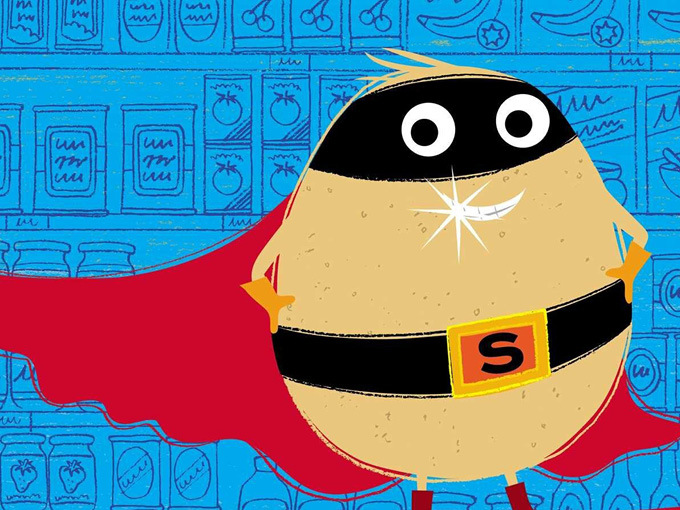 A live-action original about misfits readjusting to school life and a heroic potato adaptation from BBC Studios and Tencent are both lined up for iPlayer.

The UK pubcaster is picking up two new shows from its in-house BBC Children’s Productions unit.

The first is Phoenix Park, a 20 x half-hour teen drama about a diverse group of young outsiders re-entering the school system after previously being barred. The live-action series is scheduled to launch on the BBC’s iPlayer VOD service in late 2022/early 2023. Lead writers Matt Evans and Perrie Balthazar created Phoenix Park, which is being developed by in-house head of scripted development Anna Davies. Recent hire Tali Walters is overseeing the project as drama production lead.

The second commission heading down the pipeline is Supertato, a 2D-animated comedy co-produced by BBC Studios and Chinese streamer Tencent Video. Earmarked for both iPlayer and CBeebies (launch date TBA), this 52 x seven-minute series is based on a bestselling book series (pictured) of the same name by Sue Hendra and Paul Linnet. It revolves around the world’s first potato superhero and his supermarket battles against the villainous Evil Pea.

Andrew Emerson and Doug Sinclair are the head scriptwriters on Supertato, and animation will be split between British prodcos Blue Zoo Animation and Plug-In Media. Elizabeth Randall and Henrietta Hurford-Jones are executive producing for BBC Studios, along with Tony Reed.