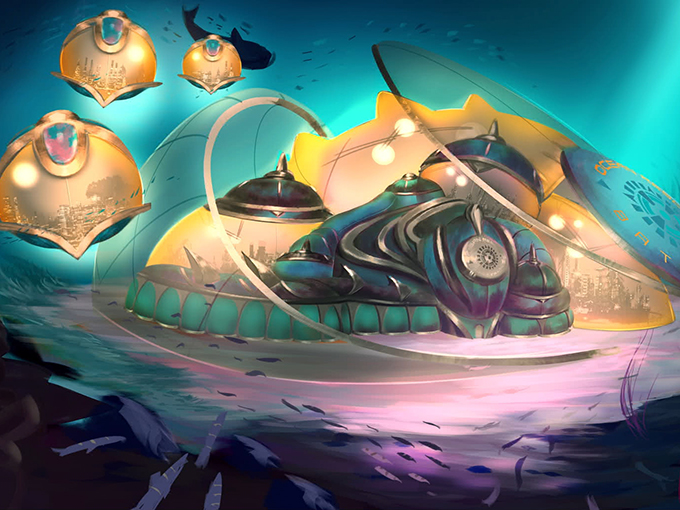 EXCLUSIVE: A decade in the making, Paula Dinan is rolling out her shingle's first concepts, including an eco-themed underwater series for kids.

It’s been 10 years in the making, but Premise Pictures is ready to debut its first slate of projects at MIPCOM, including an animated kids series called Ocean Rescue Battallion.

Company founder Paula Dinan has worked in TV and film for more than two decades, and is likely best known for her role as an editor on Moominvalley and Bookaboo. She has also spent the past year developing an unannounced animated feature film for Superprod Animation.

“For 25 years, I’ve worked with people constructing their visions for their stories, and I feel like a glorified jigsaw puzzle-maker,” says Dinan. She’s looking forward to tackling her own puzzles for a change.

Headlining Premise Pictures’ initial lineup is Ocean Rescue Battalion (pictured), a 52 x 22-minute series for nine- to 12-year-olds about a colony of horseshoe crabs that use technology to save the ocean from an ecological disaster. Dinan created and developed the underwater action-comedy, which will be animated in 2D and 3D. Sarah Dhorne is serving as head of story; comedian/children’s writer Tiernan Douieb is co-writing scripts; and voice actors including Rhian Martson-Jones, Julie-Ann Dean and James Nacnaughton have already been locked in.

Dinan is also developing licensed products for the IP that are environmentally friendly, along with online and PC games, mobile apps, VR/AR experiences and a live-action behind-the-scenes web series. She’s even considering a feature-length film.

“[The series] started off with a much younger target, but over the years I’ve not seen anything out there that talks to the nine to 12 audience [with this climate message],” says Dinan. “These kids are savvy, there’s a lot of climate grief out there, and they’re very concerned.”

Dinan has been working on the show since her own children were babies. Now they’re grown, and she feels that imparting environmental ideals to the next generation of kids is more important than ever. So over the past 18 months, she has dedicated herself to getting the concept into a pitch-ready state in time for MIPJunior next week.

Ocean Rescue Battalion is in late-stage development, with a bible, a fully written episode, a handful of synopses and a sizzle trailer ready to share. Dinan is looking for broadcast and streaming partners, as well as potential co-producers.

It’s the only kids series on the initial Premise slate, which features six other projects primarily focused on live-action content for adults. Premise is also shopping an international conspiracy thriller, a comedy series about a workaholic couple, a comedy series about retirement, a very “British” comedy feature film and a drama series set in 1930s London.

“All of these shows have thought-provoking premises, which is why I called the company Premise Pictures,” says Dinan. “Because for me, it’s all about the story.”